Komodo island to close because tourists keep stealing the dragons 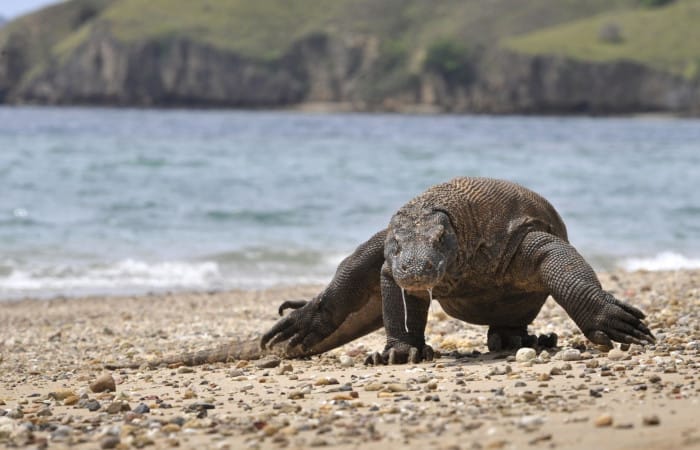 Komodo dragons are in danger, said the island authorities and banned tourists from the home of the ancient reptiles, Tempo newspaper reported on Thursday. Officially, Indonesia is going to launch the conservation campaign, so from January 2020, the island will be unavailable for the visitors.

Komodo dragons are rare and exotic reptiles, that’s why the number of smuggling cases has reached its peak this year. The endangered animal should be protected from the extinction, said the authorities of the major tourist destination, Maggarai Barat Indonesia. Every year, thousands of tourists from all over the planet are heading to Indonesian island to see the exotic lizard, which has a poisonous bite. The reptile can grow up to three metres long and weigh 50kg, looking like the classic dragon from the fantasy movies.

Komodo island conservationists warned the place would be closed temporarily so they can plant native vegetation and help to restock the world’s largest living lizards food supply. Because these dragons rare creatures, having only been found in the wild on islands within Komodo National Park, and on the island of Flores, the only aim of the closure is an increasing their population. S0 far, the date of re-opening has not set.

The East Nusa Tenggara governor Viktor Bungtilu Laiskodat said there were concerns that the reptile’s numbers had decreased, due to declining prey and shrinking habitat. probably, smuggling cases also worsening the situation. The closure announcement came after police in East Java arrested five people accused of smuggling Komodo dragons and other protected animals in March. Reportedly, the suspects had sold lizards through social media platforms and had already sold more than 41 of them. On the black market, each dragon costs about £26,500, the police confirmed.

It is estimated that there are about 5,000 Komodo dragons in the wild and the animal is listed as both endangered and protected. They are found in the wild primarily on the eastern Indonesian islands of Komodo, Padar and Rinca.

A native to Indonesia, Komodos are the world’s largest living lizards and are listed as a vulnerable species on the International Union for Conservation Red List of Endangered Species.