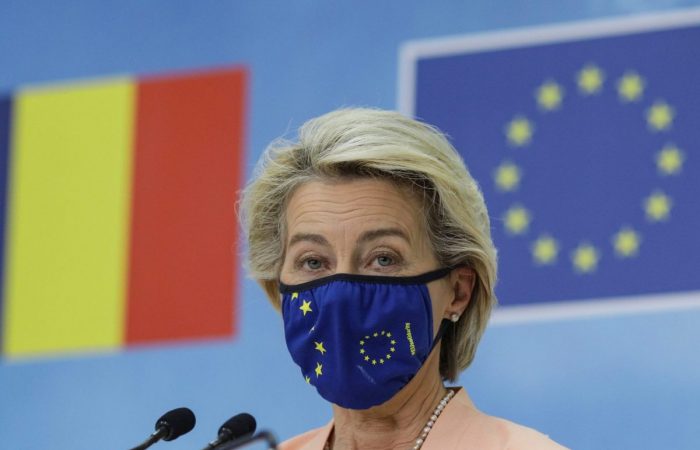 Kosovo and Serbia reached a temporary deal after a recent dispute about license plates led to roadblocks near their mutual border, according to Euractiv.

Under the EU_brokered agreement, Pristina and Belgrade will remove special police units near the border crossings, and cars from either side will be required to use stickers provided at the border to cover flags and country names on their respective license plates.

The two neighbouring countries, Kosovo and Serbia, want to join the EU. Thus, improvements in the relationship between the neighbours are required. Serbia doesn’t recognize Kosovo’s 2008 independence. Speaking during a Western Balkans tour earlier this week, European Commission President Ursula von der Leyen stressed that Brussel wants “a future where Kosovo and all the Western Balkans are part of the European Union.”

In her address, hailing the inking of the new deal, von der Leyen sought to further reassure Western Balkan countries of their EU path yesterday during a visit to Serbia and Bosnia-Herzegovina.

Commenting on the milestone in the relations between the two countries, she said that  Bosnia and Herzegovina, and all the Western Balkans, belong in the European Union. “It is in our common interest, but I also believe it is our destiny,” von der Leyen added.

An internal EU document made public this week said that EU countries were considering travel restrictions on Eastern European and Balkan countries due to “abuses.”