Kyrgyzstan offers mediation in regulation of conflict between Armenia, Azerbaijan 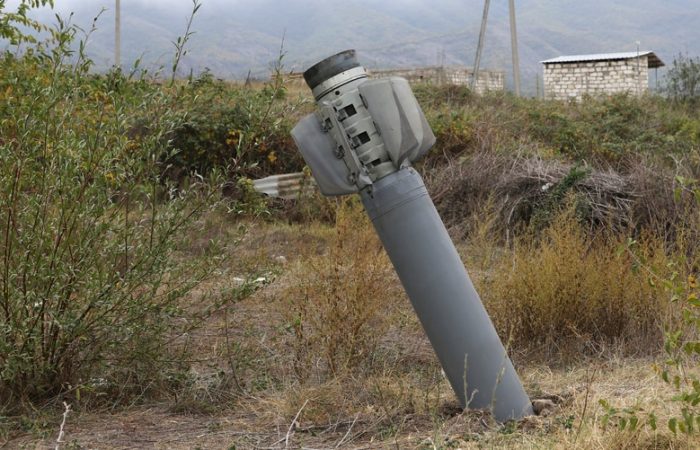 The Foreign Ministry of Kyrgyzstan announced it is ready to become the mediator in the settlement of Armenian-Azeri border dispute.

Kyrgyzstan has expressed concerns over escalating of the conflict between Armenia and Azerbaijan. According to the statement issued on September 28. the Kyrgyz Republic calls upon both sides for restraint and stands for exceptionally peaceful regulation of the conflict through the talks with respect of principles of sovereignty and territorial integrity.

“The Kyrgyz Republic stands for development of constructive suggestions for search of ways to settle disputes and is ready to provide assistance to Azerbaijan and Armenia in finding ways to resolve the conflict on the basis of the historic experience of signing Bishkek protocol of 1994,” the statement reads.

Earlier, the Kyrgyz Republic was involved in the regulation of Nagorno Karabakh conflict. In particular, Bishkek protocol is the statement calling for ceasefire made during the Karabakh War (1992-1994) and signed by attendees of the meeting held at the initiative of the CIS Interparliamentary Assembly, Parliament of Kyrgyzstan, Federal Assembly and Foreign Ministry of Russia.

The delegations of Azerbaijan, Armenia and unrecognized Nagorno-Karabakh Republic, CIS Interparliamentary Assembly Council and mediation missions partook in the meeting.

For 30 years, the international community can’t solve the problem of unlawful occupation of Azerbaijani territory. According to the Kyrgyz diplomates, the UN should step in to restore justice and to bring back peace in the region.

Fighting between Armenia and Azerbaijan broke out on Sept. 27 — the latest in a long-simmering conflict that erupted following the collapse of the USSR.

On Sunday, Armenian armed forces launched a large-scale military attack on positions of Azerbaijani army on the frontline, using large-calibre weapons, mortars and artillery. Azerbaijan responded with a counter-offensive along the entire front, the VoA reported.