Larry King in hospital with COVID-19 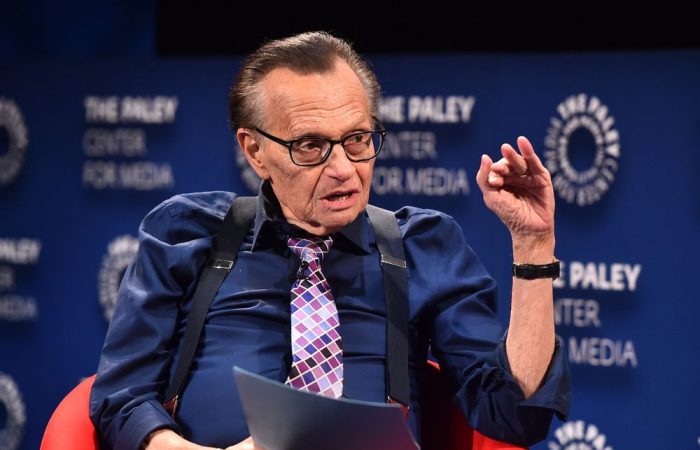 Larry King is in isolation at the Cedars-Sinai Medical Center in Los Angeles. The 87-year-old was admitted to the hospital due to COVID-19 symptoms last week.

Veteran US talk show host Larry King has been receiving treatment for COVID-19 at the Cedars-Sinai Medical Center in Los Angeles for over a week. The world-famous broadcaster is unable to have any visitors, according to the health protocol.

King is not the healthiest person, unfortunately. He has Type 2 diabetes and has suffered from lung cancer, angina and heart attacks in recent years. His family helps him in the fighting COVID-19 too.

King’s broadcasting fame began in the 1970s, he then went on to have his own television show, Larry King Live on CNN, between 1985 and 2010, where his guests included politicians and celebrities.

In the digital era, King has 2.4 million followers on Twitter, with his most recent tweet posted on 27 November for Thanksgiving.

Two of King’s five children died within weeks of each other. Andy, 65, suffered a heart attack in late July, while Chaia, 52, died from lung cancer.

In 1988, Larry King founded his own charity, the Larry King Cardiac Foundation, to help fund the treatment of patients with no medical insurance.