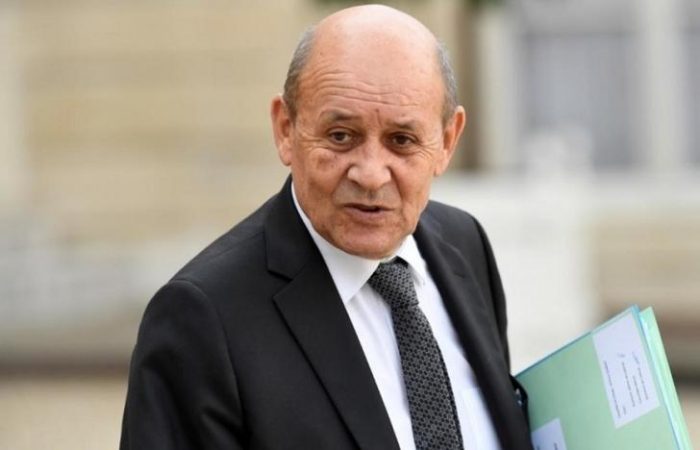 Lebanese top diplomat Nassif Hitti’s trip to Paris aimed at the talks with his French counterpart. According to Asharq Al-Awsat news agency, both foreign ministers will be discussing the methods on how to help Lebanon to cope with the economic crisis.

The meeting between Jean-Yves Le Drian and Nassif Hitti will take place on Friday in Paris, the Lebanese diplomatic sources reported. The top diplomats will focus on easying Lebanon’s severe economic and financial crisis as well as touch the aspect of reforms in Lebanon.

France, foreign governments and donor institutions have already pledged $11 billion in financing to Lebanon for a 12-year infrastructure investment program at CEDRE, on condition that it carries out reforms. The assistance programme for the Middle Eastern country was adopted in 2018 during CEDRE conference, since then, many fundamental changes have shaken Beirut.

Lebanon has yet to fulfill the economic and financial reform pledges it made at the conference. Paris’ assistance to Beirut in ending its crisis hinges on its implementing the much-needed reform.

Taking into account the latest developments, France tasked Finance Minister Bruno Le Maire with discussing its crisis with his counterparts during the G20 meetings in Riyadh last week. The officials from Arab countries, the US and France discussed setting up a Paris-based investment fund for Lebanon if the government implements the necessary reform.

“France always stands ready to help Lebanon. It has always been the case in the past and it will be the case in the future…” Le Maire said Sunday at the end of a meeting of finance officials from the Group of 20 (G20) major economies. “If there is any help required from Lebanon, France will be there.”

As the Lebanese crisis deepens, there is no sign of foreign aid because of no sign of Beirut implementing long-delayed reforms. However, the US Treasury head Steve Mnuchin said that the White House was keeping a close eye on the situation.

“Our interest is in the people of Lebanon. We want there to be safe environment where they can succeed economically and live as they want to,” Mnuchin said.

The Lebanese officials also seek technical advice from IMF, that could be useful for dealing with fast-approaching debt payments. The upcoming meeting with Le Drian will definitely help Nassif Hitti to cope with the uneasy situation.