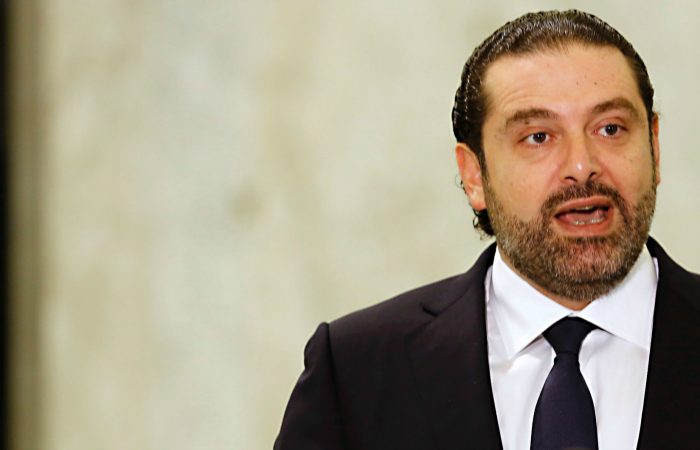 Lebanon’s prime minister Saad Hariri and his cabinet stepped down, WP reported on Tuesday. After nearly two weeks of anti-government protests, the Lebanese government bowed to that people’s demand.

In Lebanon, the scaled street protests have almost paralyzed daily life for nearly two weeks. PM Hariri’s Western-oriented government has forced to make a hard decision and to step down.

“I’m at a dead end,” prime minister said in a televised address to the nation. “Jobs come and go, but what’s important is the country, no one’s bigger than the nation,” he added, echoing his father, Rafik Hariri, the Lebanese PM who was assassinated in 2005.

Despite the news on resignation, obviously those protesters aren’t fully satisfied, they continue to chant — “All of them means all of them” — encapsulates their fury at the entire political Olympus.

On Tuesday, Lebanon’s President Michel Aoun must convene a committee to replace the Cabinet. The government to come will also be hard-pressed to address the underlying problem that the protests are ultimately targeting. a deadlocked political system.

In the modern Lebanon, leaders of the country’s 18 officially recognized religious groups divide power and state funds for themselves and their followers at the expense of the treasury as a whole. Corruption is the main problem of PM Hariri’s government. As a result, Lebanon cannot consistently provide basic services such as 24-hour electricity, tap water or garbage disposal.

The street protests have suspended the daily life of a country. Almost over two weeks, the banks, schools and some offices have been closed ever since as protesters have seized and blocked major roads.

While the protests still include members of all religious sects, supporters of President Aoun, a Christian, have staged competing protests, and riot police officers have intervened repeatedly to separate supporters of Hezbollah and the Amal Movement, another Shiite party, from fighting with protesters. The most recent clash occurred in downtown Beirut hours before PM’s speech on Tuesday.

So far, there were no official reactions from president or other political leaders.