Lebanon’s FM goes to Kuwait with answers to Gulf suggestions 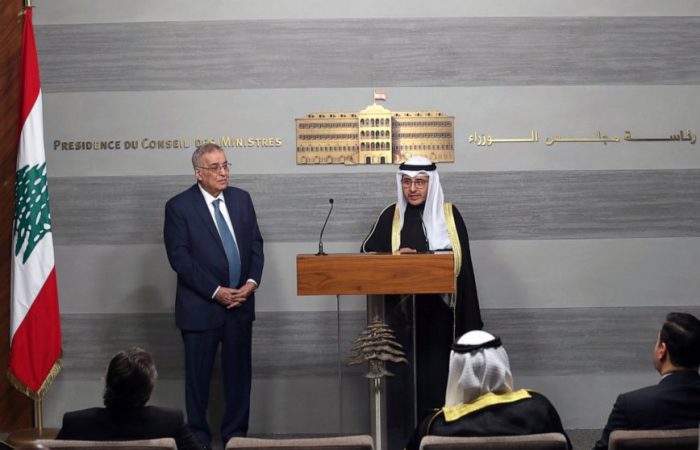 Lebanon’s top diplomat Abdallah Bouhabib arrived in Kuwait Saturday to give answers to a list of suggestions made by Persian Gulf nations in an attempt to end an impasse between both sides. Bouhabib said Lebanon respects international resolutions, but added that time was needed for some, The Associated Press has learned.

Different nations, impoverished Lebanon and the wealthy Gulf states, try to ease the tensions. Amid the pandemic, the countries are at their lowest levels in decades, a crisis triggered late last year when a Lebanese politician spoke critically of the Saudi-led war against Iran-backed rebels in Yemen.

Commenting on his departure, the Lebanese foreign minister Bouhabib made it clear that Lebanon will not disarm the Iran-funded Hezbollah group, one of 10 confidence-building measures requested from Beirut.

Meantime, Saudi Arabia recalled its ambassador from Beirut and banned all Lebanese imports, affecting hundreds of businesses and cutting off hundreds of millions in foreign currency flows to Lebanon. Several Arab nations did the same in the efforts to pressure Beirut.

FM Bouhabib will attend an Arab foreign ministers meeting in Kuwait on Sunday during which he will hand his Kuwaiti counterpart Sheikh Ahmed Nasser Al-Mohammed Al-Sabah official responses to the Gulf nations’ suggestions. Al-Sabah had delivered them personally to Beirut earlier this month.

The list handed over by Kuwait’s foreign minister and circulated in Lebanese media included implementing U.S. Security Council resolution 1559, which calls for the disarmament of all militias in Lebanon. Major anti-corruption reforms should be implemented as well, all verbal or real attacks on Gulf nations should cease.

Kordahi, who made his comments before taking his post, resigned in December, but the move did not lead to improved relations between the two sides.

The crisis goes deeper than Kordahi’s comments aired in late October, however. It is rooted in Saudi Arabia’s uneasiness over the rising influence of Iran in the region, including in Lebanon, once a traditional Saudi ally and recipient of financial assistance from the oil-rich kingdom.

In the weeks that followed Kordahi’s resignation, tensions between the Iran-backed Hezbollah and Saudi Arabia continued to rise.