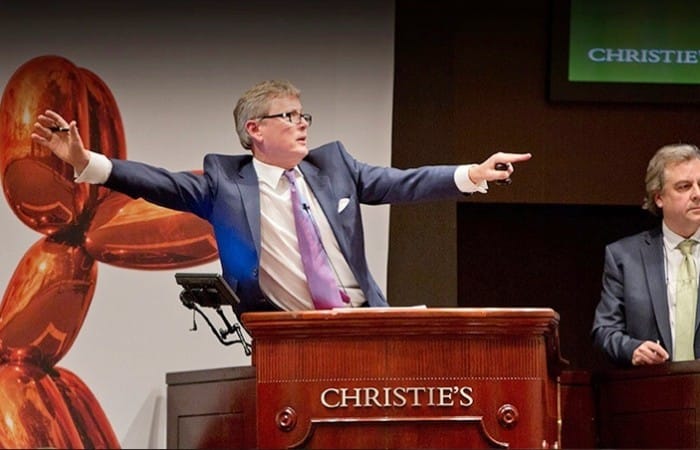 The long-lost Leonardo da Vinci painting of Jesus Christ made the sensation on Wednesday, the artwork has sold at Christie’s in New York for $450.3m. It is a new record for the world, none art piece never was sold for such huge sum.

Despite being created approximately five centuries ago, the work of Leonardo da Vinci made a furore at the Christie’s. On Wednesday, the auctioneer Jussi Pylkkanen was proud to present the public the long-lost Leonardo’s painting of Jesus Christ. As the experts note, the opportunity to bring this masterpiece to the market is an honour that comes around once in a lifetime.

The sale generated a sustained 20 minutes of tense telephone bidding, the auctioneer Jussi Pylkkanen was extremely excited with the chance to sell this famous artwork. Mr Auctioneer juggled rival suitors before a packed crowd of excited onlookers in the salesroom. At one point, Pylkkanen remarked: “Historic moment, we’ll wait” as the the bidding went back and forth, pausing at just over $200m as it rose to break the auction record.

the auctioneer added and the saleroom erupted in cheers and applause. The historical moment was unforgettable for every person in the salesroom.

The auction house would not reveal the identity of the buyer or even the region from which they came.

Guillaume Cerutti said he did not know whether the buyer would reveal themselves, Christie’s CEO explained,

“I cannot say if he or she will want to be public.”

After such unbelievable sale, Pykklanen confessed that Wednesday’s sale was an ultimate privilege,

“It’s the zenith of my career as an auctioneer. They’ll never be another painting that I shall sell for more than this painting tonight,”