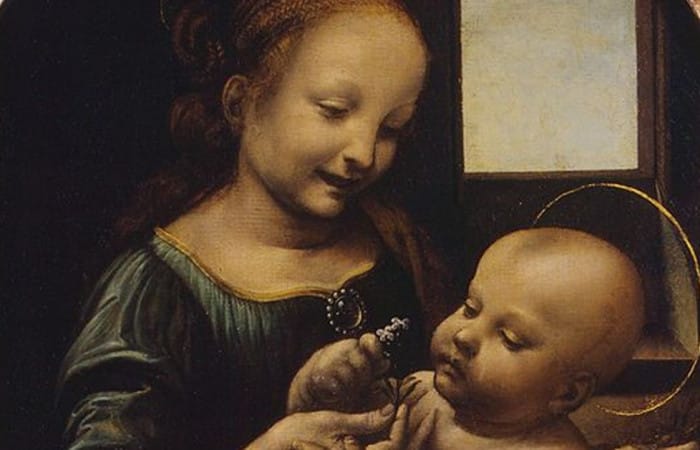 The Benois Madonna will be shown in Italy’s museum next month, The Local Italy reported. The famous painting used to hang in the Hermitage Museum, Russia makes its rare return to the home country.

The Benois Madonna, or the Madonna and Child with Flowers, is one of the earliest painting of Da Vinci. The masterpiece left Italy in the late 18th centure, after Madonna Benois was bought by the Russian collector. Since then, the painting has visited the home country just once, for an exhibition at the Uffizi Gallery in Florence in 1984.

In 2019, Italy and the world are celebrating the 500th anniversary of the artist, and Madonna Benois will be available for two two museums’ visitors in central Italy for a total of two months.

Where to see Madonna Benois in June?

The Hermitage’s director, Mikhail Piotrovsky, said that the Russian museum is keen to give Italians «the chance to see the work of the world’s greatest artists back at home».

Surprisingly, Da Vinci’s masterpiece will be exhibit not in the capital or at the biggest museums. It will instead hang in the town art gallery in Fabriano, a small city in the Marche region, from June 1st-30th, before moving to the Umbrian National Gallery in Perugia for the month of July.

The surprising choice is partly to coincide with a meeting of UNESCOs ‘Creative Cities’ network taking place in Fabriano in June, but also because «in Italy there are no towns that aren’t worthy of hosting great works of art, dotted as it is with villages that house unique artistic treasures», commented the State Hermitage’s director.