Leonardo DiCaprio, Nina Agdal break up after a year of dating

Leonardo DiCaprio and Danish model Nina Agdal said good-bye to each other, their romance is over, and now they are just good friends. It’s the common Leo’s modus vivendi: to date with a young model to leave her one year after.

Another love affair of the Hollywood heartthrob Leonardo DiCaprio is over, he is no longer dating with Nina Agdal. The 25-year-old model is no official girlfriend to the ‘Titanic’ star.

The 42-year-oldLeonardo and the famous Sports Illustrated model called an end to their relationship just four days ago. According to the close friend of the couple, they both decided it was a good idea to break up. Despite the ending of romantic relations, Leo and Nina are staying friends and are on good terms.

Las time they have seen together on 9 May when they were sitting at a restaurant in West Hollywood. 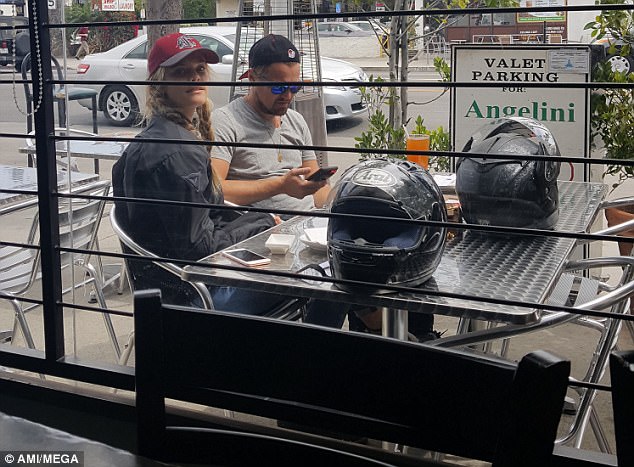 They were side by side at an outside table as they ordered sushi and fish tacos. There were two motorcycle helmets in front of them. Leo was checking his phone often and the two did not have any PDAs, an eyewitness said. Both were dressed casually with baseball caps on.

Leonardo DiCaprio: another split, another model

The split is rather usual deal for Leonardo, his relationships with ladies never were long. The longest affair was with Brazilian model Giselle Bundchen.

Nina Agdal is too young and simple for Leonardo, noted his friends, he needs some sophisticated person right beside him. Leonardo and Nina were never very public with their relationship and were not once photographed on a red carpet together – from the very beginning of relations, Leo didn’t see Nina as a long-term partner, indeed. They also lived in different cities: while he owns a home in Los Angeles and spends most of his time there, she resides in NYC.

DiCaprio and Agdal were first spotted together in May 2016 at Up & Down club in New York City. The actor arrived at the nightclub with Agdal and a group of friends before partying the night away in the VIP section.