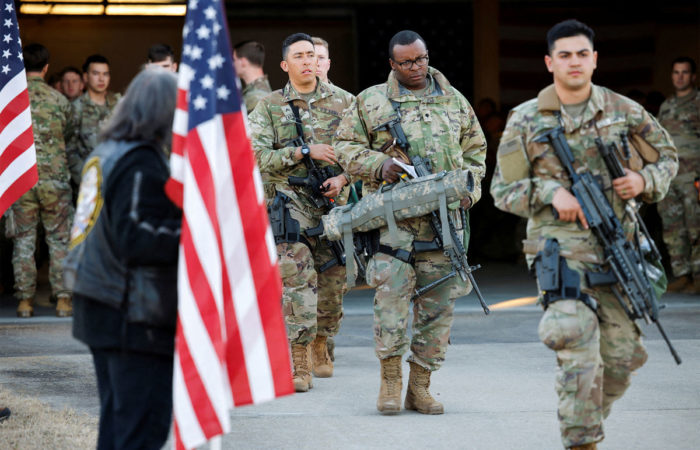 The shortage of personnel is becoming a significant problem for the US Armed Forces.

At the moment, the army lacks about 150 thousand recruits, which does not allow reaching the target of 1.3 million troops. Most of all personnel are not enough for the Ground Forces.

From January to June 22, this branch of the Armed Forces was replenished with only 22,000 recruits. This figure was 60% below the annual plan. The main reason for the shortfall in the US Army is considered to be a decrease in the number of Americans fit for military service.

Only a quarter of American citizens aged 17 to 24 have no medical contraindications to military service. This number drops to 12% if you subtract those enrolled in higher education.

Only 9% of those eligible to serve in the army want to try to build a military career. This figure was the lowest since 2007.

The US military is in a position where they have to hand out $35,000 to every recruit who is ready to begin military training within 45 days as a reward for doing so.

Also, the US Armed Forces offer to choose a place of service and expand the possibilities of short-term conscription. This means that recruits can serve two years instead of the standard four years.