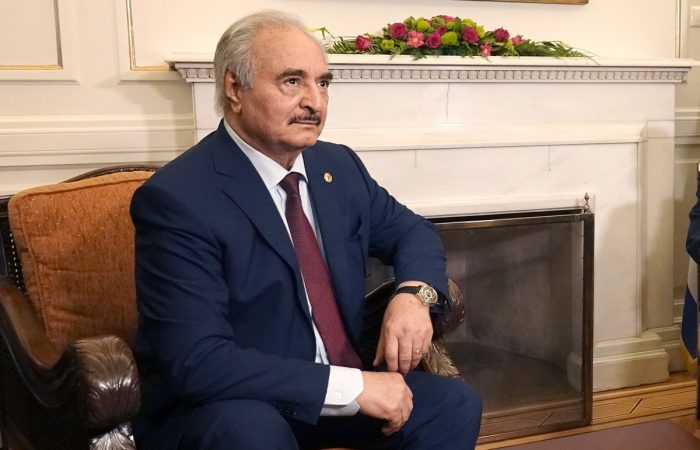 A spokesman for Haftar’s militia has uploaded a video message on social media, in which he reads a written statement demanded a share in the revenue earned from oil production. The Libyan strongman stipulates conditions to allow oil flow.

Among Haftar’s demands is depositing of oil revenues in the bank account located in a third country and to establish a mechanism to distribute proceeds equally. The warlord also asked for conducting an audit of Libyan Central Bank.

Haftar’s spokesman Mismari said if the conditions are not met, his forces will continue to put a halt on oil production.

Libya’s National Oil Corporation (NOC) said on July 5 that it has video and sound recordings to prove that the Al-Sharara oil field has been occupied by foreign mercenaries.

The NOC also reported that the mercenaries, who have entered Sidra oil port in eastern Libya just a few days ago are making it their military center.

The oil production has almost come to a standstill in Libya after pro-Haftar groups shut down oil facilities in eastern parts of the country in January to squeeze resources of the UN-recognized Libyan government.

Libya with the largest oil reserve in Africa can produce 1.2 million barrels of crude oil per day. But the production has fallen below 100,000 barrels a day due to the interruptions by the pro-Haftar groups over the past six months.

Libya’s UN-recognised government will agree to a cease-fire

Being the country rich with oil production, Libya is witnessing long queues of people to get fuel these days. In addition, Haftar, who suffered heavy losses against the Libyan government led by Prime Minister Fayez al-Sarraj is seeking a way out for political negotiations. They believe that he is using oil production as a bargaining chip.

Meantime, Libya’s UN-recognised government will agree to a cease-fire only if warlord Khalifa Haftar withdraws his forces from the country’s central and western regions.

Commenting on that move to the Financial Times, the Turkish foreign minister Mevlut Cavusoglu said the Libyan GNA is “determined” to resume its offensive against Haftar’s forces unless they withdrew from two strategic locations, the port city of Sirte and home to an airbase Jufra.