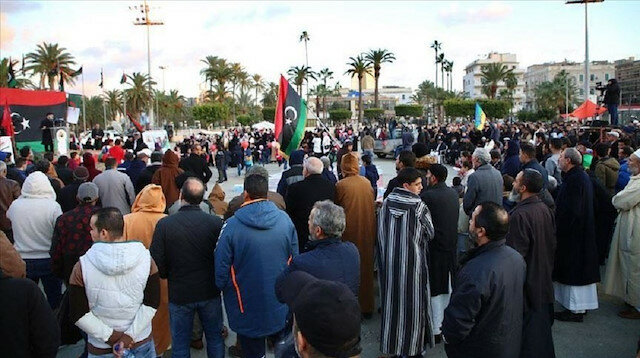 High Council of State considers the United Arab Emirates in state of ‘hostility and war. As YeniSafak reports, cutting ties with the UAE will be the most reasonable decision for Lybian U.N.-recognized Government of National Accord (GNA).

As the result of the 48th session of the High Council of State (HCS), Libya’s presidential council of the GNA was recommened to cut ties with the UAE. According to the HCS, it is the right time to take all legal measures in international forums against the UAE.

The Lybian lawmakers believe that the UAE is in a state of «hostility and war» while retaining the right to respond to its attack by all means as guaranteed by the UN Charter.

In the light of the latest developments in the North African region and of commander Khalifa Haftar forces’ actions, the Lybian HCS called for stopping the UAE as it is an essential direct partner in «the aggression launched against Tripoli and in the massacre of the military school in particular.»

On Dec. 12, Haftar announced that he ordered his fighters to launch a «decisive battle» to capture the city. On Sunday, at least 30 people were killed and 33 injured when Haftar’s forces launched an airstrike on the dormitory of a military school in Tripoli.

The HCS also recommended «reassessing relations with all countries that assist or communicate with the outlawed war criminal,» referring to Lybian strongman Haftar.

Since 2011, when Arab Spring supporters ousted the late leader Muammar Gaddafi, two seats of power have emerged in Libya: one in eastern Libya supported mainly by Egypt and the United Arab Emirates and the other in Tripoli, which enjoys UN and international recognition.

In 2019, General Haftar’s forces launched a military campaign to capture Tripoli from the internationally recognized government. Last month General Haftar urged his militants to be ready for the decisive battle for the capital city.