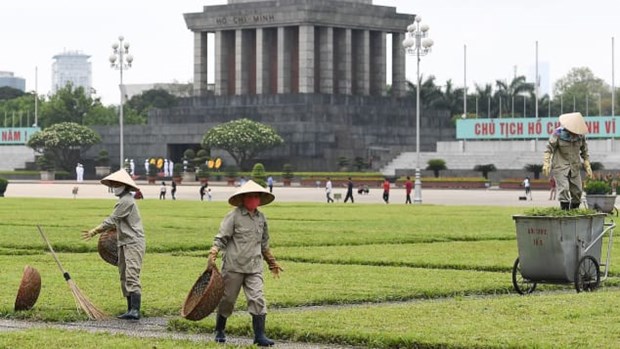 Life in Vietnam is going to back to normal, said CNN reporters on May 15. After lifting social distancing measures, Vietnamese people try to live with no face masks and restrictions.

In Vietnam, some restrictions remain in place but the southern hub Ho Chi Minh City recently lifted the ban on certain entertainment facilities and non-essential businesses. The pubs, cinemas and spas allowed to work, while Hanoi has reopened its historical attractions to visitors.

The country health authorities have reported zero new COVID-19 cases, so, Vietnam’s government had just eased its 22-day social distancing rules. In other words, some businesses allowed to reopen on April 23.

Signs of life had already begun to emerge the prior day and streets were filled with people riding their motorbikes — all good signs the city was poised to reopen as planned, VietnamPlus reports.

Another good news is domestic tourism is resuming as well, as airlines increase flight schedules and hotels re-open throughout Vietnam since April 23. For now, recovery is focused on domestic tourism.

Actually, the Southeast Asia country recovers very fast because it has acted faster than most nations, shutting its borders with China in late January and suspending visas to prevent foreigners from entering the country.

It may seem like Vietnam got off easy, but that’s not by chance. Now, the country has bolstered communication work to raise public awareness of the disease, as people receive daily updates from loudspeakers on vehicles making their way through the streets.