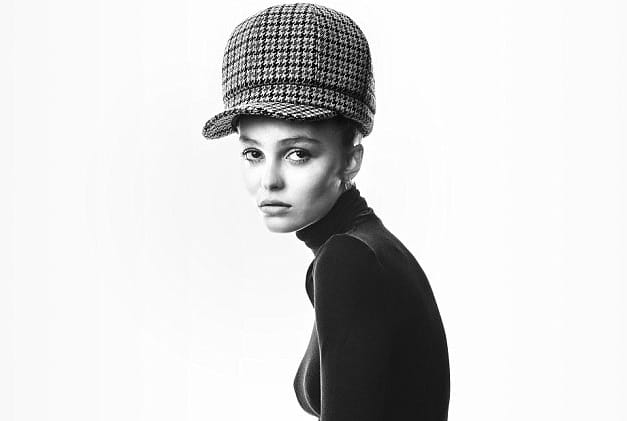 The daughter of Johhny Depp and Vanessa Paradies started her own modelling career three years ago. Her recent photoset ignited the discussion about the etalon of modern beauty and Lily-Rose’s chances to become the top model.

Lily-Rose Depp, the actress and model, appeared topless for CR magazine. That her photoset was rather unexpected and the 18-year-old French explained her desire to show the world her body with the thrilling about because she gets to be ‘a little more sexy.’ The fashion magazine editor Carine Roitfeld believes that young Lily-Rose has a huge potential as a model.

The photos of Depp ignited the hot discussions, many users said that the 18-year-old girl looks unhealthy and ill-proportioned.

‘I love working with Carine. She actually styled the first shoot that I did for Chanel when I was 15,’

said Lily-Rose Depp of the fashion magazine editor Carine Roitfeld who chosen rather provocative looks for the young model.

The CR shoot was a highlight for the teen as she said she loved working with the photographer:

‘Steven Klein had shot these amazing photographs of my mom when she was my age. We shot in front of a mirror with the pictures taped to it. I have a similar grungy look.’

The social media reacted mostly negatively on the new photoset of Lily-Rose, saying that the young girl doesn’t look sexy but unhealthy. Moreover, a cigarette didn’t add her sexuality at all.