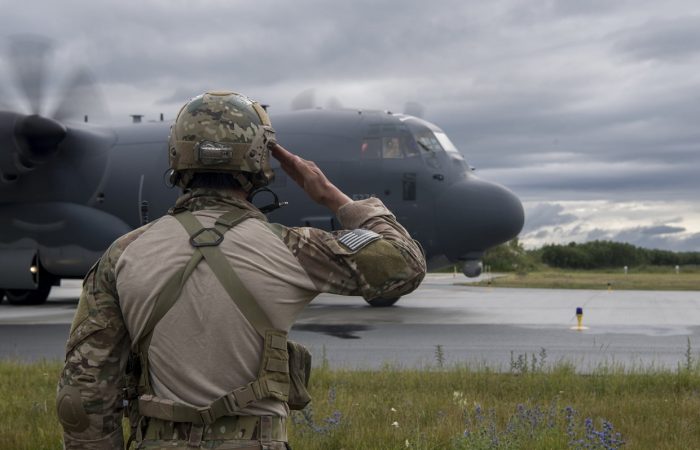 According to the engineers, the C-130 Herc used to carry everything from utility helicopters and six-wheeled armoured vehicles to standard palletized cargo and military personnel. MC-130J Hercules also can airdrop loads up to 42,000 pounds or use its high-flotation landing gear to land and deliver cargo on rough, dirt strips.

For Lockheed Martin, the Hercules became a signature, 20 nations around the world have chosen the C-130J to support tactical airlift needs. Over the decades, the flexible design of the airlifter enables it to be configured for many different missions. Dozens of the special mission equipment added to the Hercs are removable, allowing the aircraft to return to its cargo delivery role if desired.

Additionally, the C-130 can be rapidly reconfigured, which is extremely important, taking into account the fast-changing environment. The Herc carries various types of cargo such as palletized equipment, floor-loaded material, airdrop platforms, container delivery system bundles, vehicles and personnel or aeromedical evacuation.