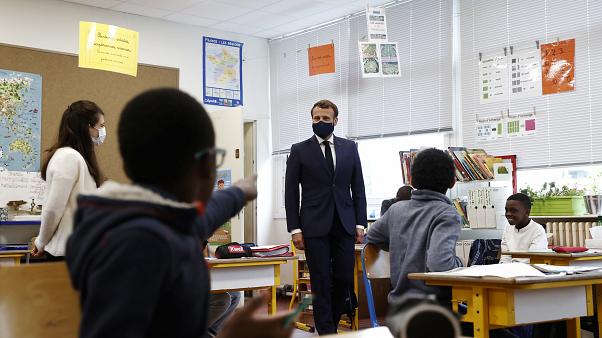 French President Emmanuel Macron suggested on Tuesday that summer holidays will not happen this year due to coronacrisis. The educational process was interrupted and changed as never before, so, the schools have to restart in a proper way and pace. Apparently, summer will be working time for all French schools.

President Macron said on Tuesday it was too early to say if vacations will be possible this summer. Taking into account that the EU country laid out plans on a gradual lifting of a two-month coronavirus lockdown, schools will have no summer holidays.

Prime minister Edouard Philipp confirmed last week that France will start easing the restrictions on May 11. In other words, since the next Monday, the stay-at-home orders imposed since mid-March against a virus lose their power. Over months of the epidemic, COVID-19 infection has killed more than 25,000 people in France.

Despite the relaxing measures, people will not be allowed to travel more than 100 kilometres from their homes for the time being, and bars, cafes restaurants and cinemas will remain closed.

In addition, PM said there is currently no plan to lift the strict ban on non-essential travel into France. Macron said in a televised interview: «We’re going to limit major international travel, even during the summer holidays.

«We will remain among Europeans, and maybe we will have to limit that even more,» president added.

A spokesperson for the Prime Minister’s office confirmed to The Local that the travel restrictions on people entering France will continue after May 11th.

The PM’s office could not give a date on when they would end but said that «everything will depend on how the virus is circulating both within France and abroad».

Summer holidays? Not this year

Meantime, President Macron warned the school teachers and students that their summer holidays will probably not happen this year. «The virus is still here, we have not beaten it,» Macron warned.

While France is going to ease lockdown measures, parents worried about exposing their children to infection will not be forced to return them to school. «I understand their questions, their concerns,» Macron said, though he added: «For a child, being forced to stay home for two months is quite a traumatic experience.»

According to President Macron, a goal is «for all students who need to return, because they are falling behind, because their families are unable to help them study, because their parents have to work… that they are able to go to school.»

On Thursday, the French government set to finalise the post-lockdown measures and determine which regions are still facing critical contagion risks, which could limit any easing of travel restrictions.