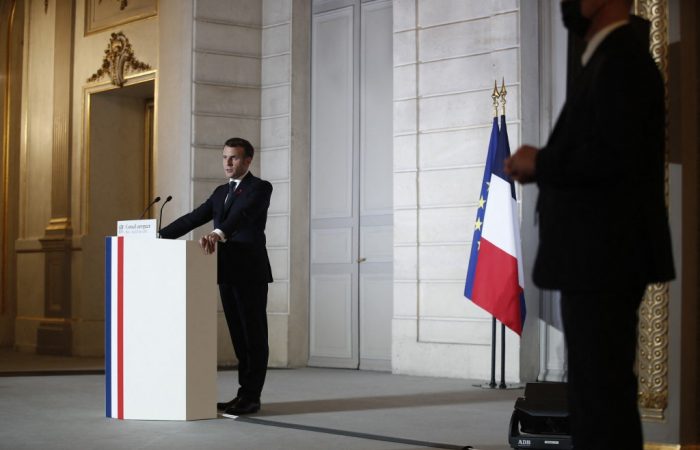 The French president has imposed a new national lockdown due to deteriorated epidemiological situation in the country. The third wave of COVID-19 becomes a reality, said the French leader in his televised TV address on Wednesday evening.

The schools and non-essential businesses will once again close across France for at least a month, said Emmanuel Macron. The decision comes as a rising third wave of COVID-19 pathogen threatens to overwhelm the public health system.

Explaining the lockdown announcement, the French President voiced pride in having dodged such an outcome for two months.

In some neighbouring countries, slow and sometimes flawed decision-making has been in part due to tension between different centres of power. Germany’s rapidly dropped announcement of a hard lockdown over Easter came about partly because of tension between Merkel’s government and the heads of the 16 states. On the contrary, France’s centralisation of power means Macron appears to be the sole figure responsible for every decision.

April has started this year from the third-or even fourth- waves of COVID-19 and respective restrictions. Despite the WHO’s efforts, the slow vaccination rate of EU member states may prolong their lockdowns for months, in addition to costing thousands of lives.