German authorities accused Poland of poisoning the Oder river with mercury salts.
US Congress asks for urgent briefing over Trump
France supported the entry of new members into NATO
Trump’s violation of the espionage law could result in jail time for him
Congress believes that Biden will not run for a second term
Wallace announced the launch of an ambitious training program for soldiers of the Armed Forces of Ukraine
The Germans blocked the work of the port with liquefied gas
Qatar supplies gas to Italy instead of Germany, despite Habek’s visit
Suspect on a bus in Jerusalem
The United States announced the transfer to Europe of the elite division “Screaming Eagles”
Our choice
British politician Sunak appeared at the debate in well-worn shoes with a hole in the sole
39559 0
Portuguese Prime Minister Costa announced the possible laying of a gas pipeline in Europe bypassing France
34905 0
Chinese Foreign Minister advises no one to be at enmity with a nation of 1.4 billion people
28819 0
China launches world’s first neodymium-powered ‘sky train’
27924 0
Prices for cereals and baby food in the United States showed the highest increase in history
27924 0
Writer Salman Rushdie is put on ventilator after attack
27387 0

12 : 11
German authorities accused Poland of poisoning the Oder river with mercury salts.
12 : 08
US Congress asks for urgent briefing over Trump
12 : 05
France supported the entry of new members into NATO
12 : 04
Trump’s violation of the espionage law could result in jail time for him
12 : 02
Congress believes that Biden will not run for a second term
11 : 59
Wallace announced the launch of an ambitious training program for soldiers of the Armed Forces of Ukraine
More news 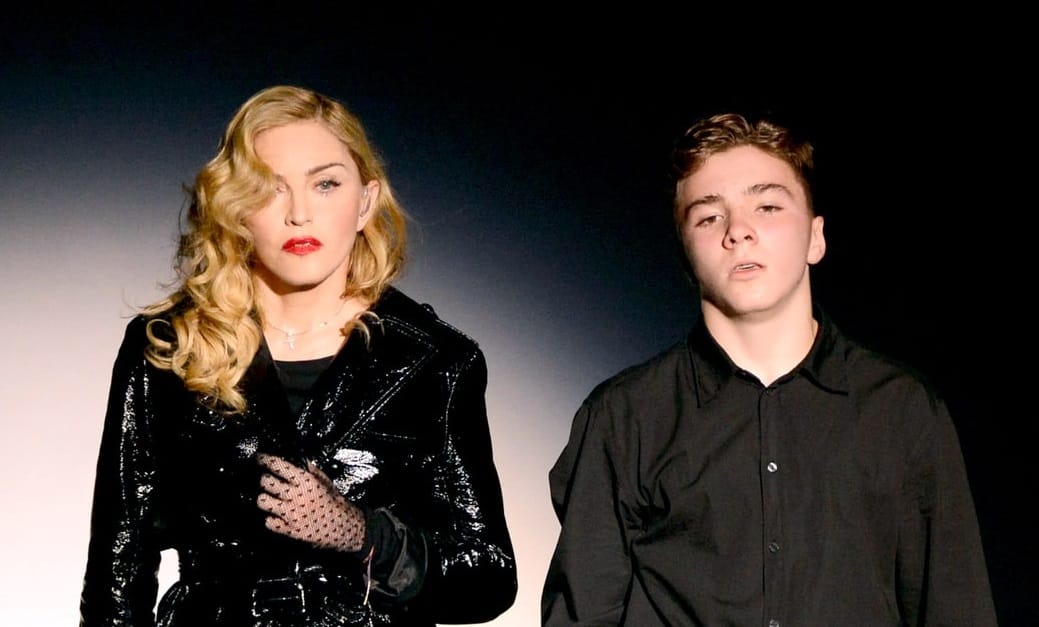 Madonna is glad her son Rocco has a friend, the son of another celebrities, Brooklyn Beckham, is a good example to Rocco Ritchie. This week, both guys were spotted in New York City.

Rocco Ritchie, the son of Madonna and Guy Ritchie, accompanied his friend Brooklyn Beckham in his trip to New York.At last, the 17-year-old Richie got a clear aim – to become a photographer like Brooklyn. So, now he plans to follow in his best friend’s footsteps and move to New York to study photography.

Another good news for the family is that Rocco will be reunited with his estranged mum who missed the son so much over last 18 months. Madonna has slowly been building up the trust again with Rocco who has been living in the UK with his dad and his new family.

Rocco Ritchie plans to return to the USA

Now Rocco plans to return to New York, where Madonna is mostly based, his return is the most anticipating event of the year, according to Madonna. During son’s long absence, the 59-year-old mum has adopted two new daughters. Reportedly, Rocco is delighted about.

Rocco and Brooklyn’s friendship is the best thing in the lives of both youth, while Rocco is not sure about his further career, Brooklyn knows very well what he is going to do for a living. The son of David and Victoria Beckham is a good example for Madonna’s offspring.

Rocco’s decision has been prompted by his best friend Brooklyn’s move to New York. Brooklyn is like the surrogate older brother Rocco looks up to, Madonna ‘s son wants to study art and film. He also wants to do photography and he and Brooklyn will be doing projects together.

After losing the custody of Rocco last year after a bitter nine month legal battle with lawyers, Madonna is desperate to have son home. Rocco is very close to his step mum Jacqui and Madonna is hugely jealous of that relationship and has tried really hard to be as cool and accepting and low key as Jacqui is because that’s what Rocco really needs.

Now, everyone in the family is happy about the return of Rocco to the USA, it appears the rift between Madonna and her son has healed and Rocco is keen to start the next chapter in his life.