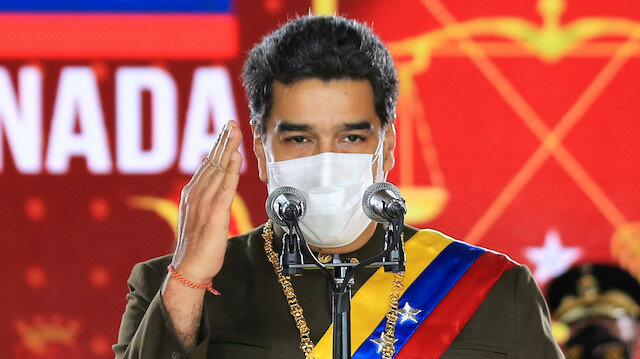 Nicolas Maduro said he is ready to become the first person to get vaccinated when the Russian COVID-19 vaccine arrives in the country. Venezuelan President added the Cabinet would then vaccinate healthcare workers, elderly people, and those with health issues, Andalou Agency reported.

The vaccine called Sputnik V and developed by the Moscow-based Gamaleya research institute. Sputnik V uses two strains of the adenovirus – which typically causes mild colds – to trigger an immune response. During the televised speech on Sunday, Nicolas Maduro said he is pleased that Russia will be the first country in the world to vaccinate its population.

Maduro went on to accuse the United States of blocking supplies of medicine to Venezuela, singling out Donald Trump’s special envoy, Elliott Abrams. “They persecute us”, he added.

The fresh Sputnik V vaccine promises to help people develop immunity against COVID-19 for two years. The Russian medical workers are the first cohort to be vaccinated while a national roll-out is scheduled for January 2021.

Russia’s sovereign wealth fund (RDIF) said it had received preliminary applications for more than 1 billion doses of the vaccine from 20 countries.

Sergei Melik-Bagdasarov, Russia’s ambassador to Venezuela, said last week that the Maduro government has shown interest in acquiring the Russian drug. However, the diplomat emphasized that it is too soon yet to name a specific timeframe for the delivery because unilateral US sanctions stall the process.

As of Monday, Venezuela reported 1,148 new coronavirus cases and 5 new deaths, bringing the total number of infected patients to 33,755 and the total death toll to 281, according to state statistics.