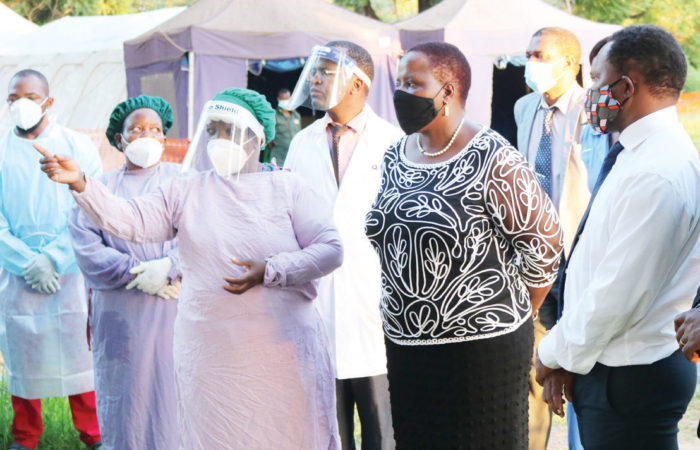 The Sub-Saharan nation Malawi has received nearly 300,000 doses of the AstraZeneca COVID-19 vaccine under the global initiative COVAX. The donation from Japan Saturday is part of about 2 million doses of AstraZeneca Japan is prepared to send to Malawi.

Malawi’s health minister, Khumbize Kandodo-Chiponda thanked the Japanese authorities for the timely aid. The African nation urgently needs, while about 700,000 Malawians have already received the first dose of AstraZeneca.

As the top medical official underlined, Malawi hasn’t had AstraZeneca since 1 January, when the stockpile of vaccines was emptied. As of Monday, Malawi operates with three types of COVID-19 vaccine: Johnson &Johnson, Pfizer and AstraZeneca.

Over one year of the inoculation process, Malawi has so far vaccinated only about 7% of the population, according to EastAfrica. Meantime, continued vaccine hesitancy largely stems from misconceptions and doubts over its efficacy. Commenting on the problem, Kandodo-Chiponda reminded that last March, the African nation had over 20,000 doses expiring on Malawians.

“So, what we have agreed with COVAX is that we should be getting them in parts. Otherwise, as government, we have already made procurement of over 2 million doses but we are saying ‘we don’t want anything to expire on us, our consumption rate is still very, very low,” minister said.

Despite the COVAX has helped increase vaccine supplies in Africa, the continent is struggling to expand rollout, with only 11% of the population fully vaccinated so far.