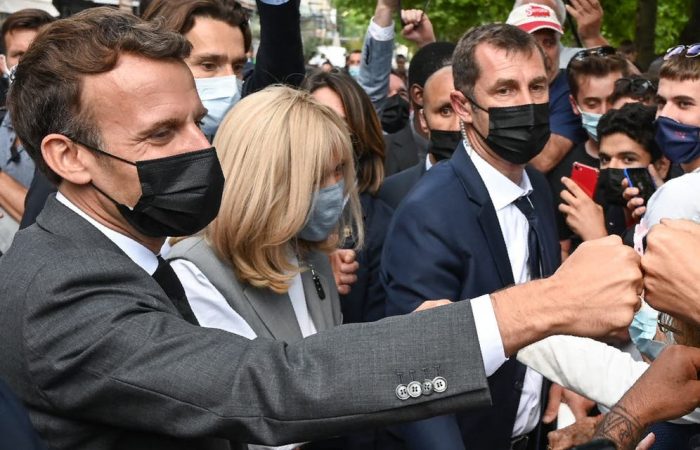 Emmanuel Macron’s slapping in the face has the logical consequences. A 28-year-old man who assaulted French President this week, risks up to three years in jail.

The man, named as Damien T., appeared in court for the first time on Thursday, had told investigators he acted “without thinking.” Rather unexpectedly for a person of 28 years old.

The mediaeval history enthusiast has been in custody since the incident on June 8th and is expected to be convicted of assaulting a public figure when he appears before a magistrate in the southern town of Valence.

The charge carries a maximum three-year jail sentence and a fine of EUR45,000, although the court will take into account the defendant’s clean criminal record and any expression of remorse.

“He contends that he acted instinctively and ‘without thinking’ to express his annoyance,” a Valence prosecutor’s office said on Wednesday.

The inner circle of Damien T’s friends described him as shy and placid person. He is definitely sympathisant to anti-government “yellow vest” protesters with no party affiliation.

His pal, named as Arthur C., was arrested at the same time on Tuesday having filmed the slap, but will not be charged over the incident.

Mr Macron shrugged off the assault, calling it an “isolated event”, and he has vowed to continue meeting voters despite concerns for his personal security, Al Arabiya reports.

The French leader, whose personal ratings have risen recently, is expected to seek a second term next year. Polls show him holding a narrow lead over his main rival, far-right leader Marine Le Pen.