Maria Sharapova returnes on April 22 to the Stuttgart court

Maria Sharapova is going to make a return on the court after her 15-months ban because of meldonium scandal. In fact, the formal ban ends on April, 26, but Maria plans to play 4 days earlier.

The meldonium ban for Maria Sharapova ends on 26th April, despite this fact the Russian tennis player decided to take part in the tournament in Stuttgart. On April 22, Maria will fight for the Porsche Grand Prix, the athlete already has given a wildcard to the ex-champion of Wimbledon.

Maria Sharapova is in the best shape, on Tuesday, she was pictured leaving the gym in Brentwood, Los Angeles. 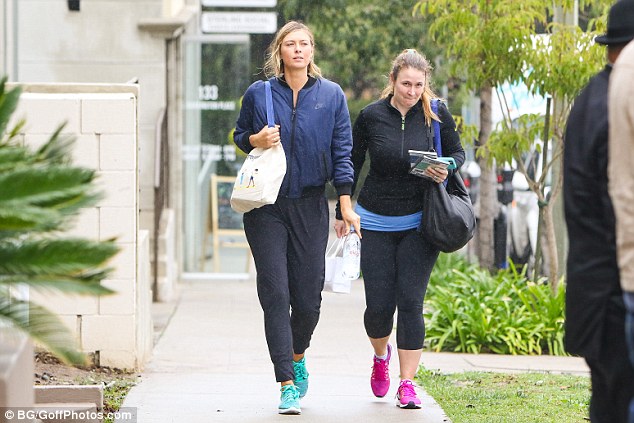 ‘Maria is eligible to return to professional tennis beginning on April 26. This will be the Porsche Tennis Grand Prix in Stuttgart’s 40th anniversary and I’m sure the fans there will be excited to see her play.’

There was not a hint of equivocation from when Mr Simon reacted to the prospect of her returning following her ban for Meldonium. The fans are looking forward see Maria on the tennis courts again, this gifted Russian won 35 singles titles and five Grand Slam titles. Last Australian Open was very unsuccessful, the positive doping probe made Sharapova to leave the court for 15 months.