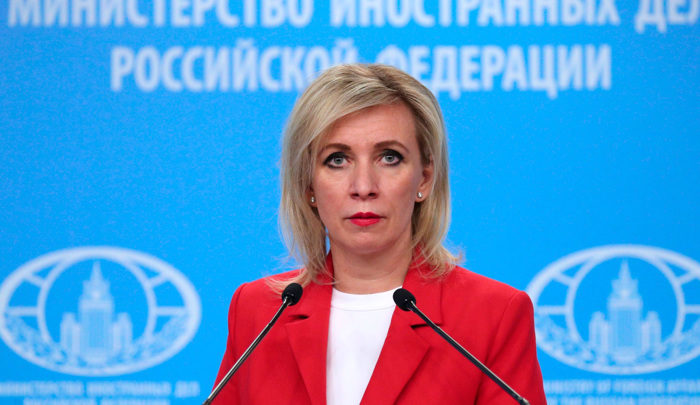 The official representative of the Russian Foreign Ministry, Maria Zakharova, reacted to the statement of Chinese Deputy Foreign Minister Le Yucheng on Ukraine.

Zakharova quoted a Chinese diplomat as saying Western countries intend to use Ukraine as “cannon fodder” to weaken Russia and maintain their hegemony. “Zelensky, it seems, used to listen to Beijing. When will it come?” she wondered, and wondered if the Ukrainian authorities would otherwise “call the Chinese people ‘liver sausage’” as well.
Earlier, Ukrainian Ambassador to Germany Andriy Melnyk criticized Chancellor Olaf Scholz for refusing to visit Kyiv and called him “an offended liverwurst.” Prior to this, Scholz refused to visit Kyiv, explaining that Ukrainian President Zelensky did not want to receive his German counterpart Frank-Walter Steinmeier.