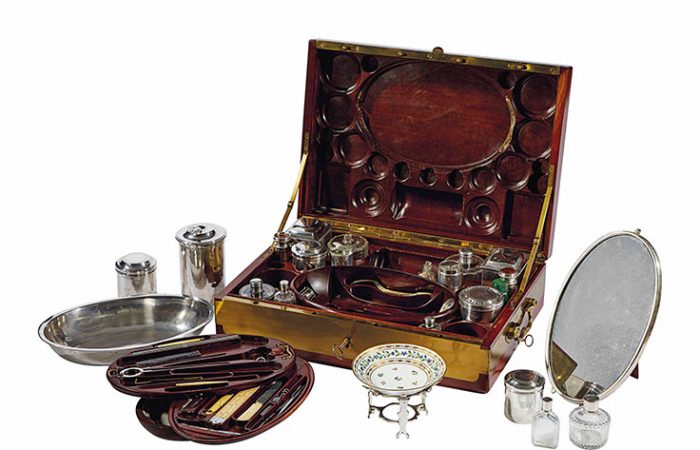 The organizers of an auction of royal memorabilia have reported that Marie-Antoinette’s travel bag fetches were sold at €43,750. The Osenat auction took place near the queen’s former home of Versailles.

The exclusive travel bag with an inscription was a part of the suite of Marie-Antoinette, who lost her head during the French Revolution. As Daily Mail reports, the unique lot was sold for a staggering €43,750 after it was estimated to fetch between €8,000.

Made of wood and lined with leather, the online description said that the interior has been refurbished. However, an older lining remains, made of unbleached canvas. It also features an inscription on the lid made of small brass nails which reads ‘Queen’s room number 10.’

The Osenat auction house told how there had been competitive bidding ‘both in the room, over the telephone and on the internet’ for the historical objects which once belonged to the French queen, according to Times Malta.

The experts insist that the travel bag is a really beautiful and exquisite thing. A large serviette, which was embroidered with the royal fleurs de lys insignia and leaf crowns with a bouquet of roses, also fetched several times more than its estimate.

‘With its original note in pencil preserved under glass: «Napkin used by Marie-Antoinette during the coronation, and which has been preserved by Mgneur de Coussy who used it during his emigration and from whom we have it.»

During the auction, a lock of hair from her husband, Louis XVI, went under the hammer for €4,000.

Marie Antoinette was the last queen of France before the French Revolution and a woman with an excellent collection of jewellery. The queen’s impressive ensemble of jewels which went up for auction in 2018 has an extraordinary story.

In March 1791, King Louis XVI, Marie Antoinette and their children began to prepare their escape from France. The count, the former Austrian Ambassador to Paris, was one of the only men who had retained the queen’s trust.

It was he who took delivery of the jewels and sent them on to Vienna, into the safekeeping of the Austrian Emperor, Marie Antoinette’s nephew.