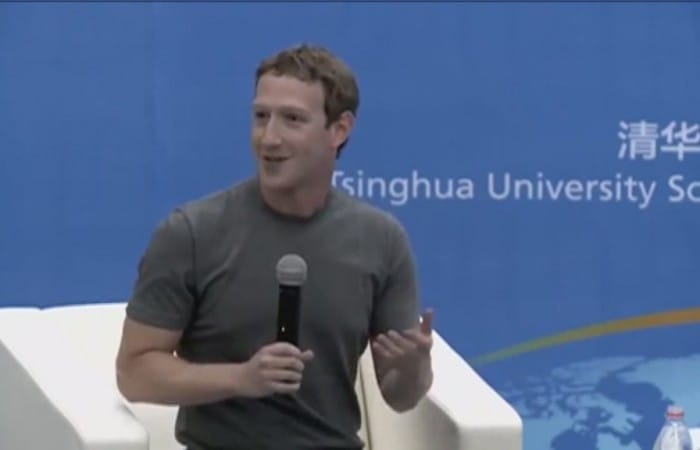 Mark Zuckerberg paid another visit to China on Saturday, two days after he met Chinese President Xi Jinping at an annual gathering of advisers to Beijing’s Tsinghua University business school.

Mark Zuckerberg and Tim Cook, Apple Inc CEO, met Chinese President Xi Jinping on Monday during the annual event at the business school. Traditionally, this event gathers the business leaders and officials at the meeting, state broadcaster China Central Television (CCTV) reported. Cook and Zuckerberg are on the advisory board of the Tsinghua School of Economics and Management.

In 2016, Marc didn’t have an opportunity to visit this business forum but this year, Facebook’s found addresses the auditorium on Chinese. While an Apple spokeswoman said the corporation couldn’t “comment on Tim’s schedule and or meetings”, Facebook confirmed Zuckerberg was in Beijng but declined to comment on details of his visit.

For Apple, the meeting comes at a particularly key time — this Friday, Apple is going to launch its much-anticipated iPhone X, amid hopes the anniversary smartphone can revive the firm’s sales in the world’s number two economy.

Mr Zuckerberg has also been very active in China, he doesn’t lose the hope that the world’s most populous nation brings nack Facebook:

“Every year this trip is a great way to keep up with the pace of innovation and entrepreneurship in China,”