Martina Hingis to retire from tennis after WTA Finals 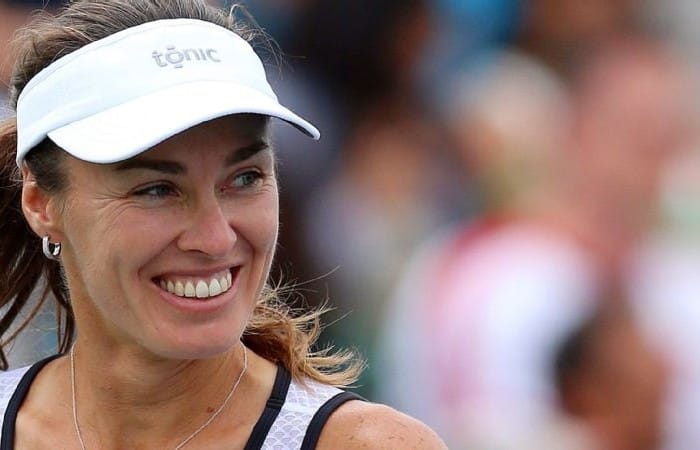 Martina Hingis, the 37-year-old tennis legend, said goodbye to sports. One of the brightest stars of the women tennis will retire from tennis after this week’s WTA Finals. The Swiss was honoured by the WTA ahead of the WTA Finals singles clash between Caroline Wozniacki and Venus Williams, as the organisation’s chiefs paid tribute to the 37-year-old.

The Swiss tennis player Hingis is the world number one doubles player who won five Grand Slam singles prizes. After this week’s WTA Finals, Martina retired professional tennis life. Actually, she originally retired as a 22-year old in 2003, then she decided to make a come back in 2007 and there was no especial success.

Despite the rumours, in 2017, the 37-year-old Hingis won Wimbledon and US Open mixed doubles titles and regained the number one doubles ranking. Not bad!

“I think now it’s definite. It’s different, because before I walked away thinking I might come back,”

the Swiss said and added that a moment like this is just perfect. To say goodbye being at the peak is a perfect timing.

‘You want to stop on top and not when you’re already going backwards. I couldn’t ask for a better finish,’

Martina started her tennis career very early, she is a five-time Grand Slam singles champion who suffered a defeat in the semi-finals along with doubles partner Chan Yung-jan to Timea Babos and Andrea Hlaváčková to draw an end to her professional life on a tennis court.

Ms Hingis lifted an incredible 25 Grand Slam titles in singles, doubles and mixed doubles – with her first major title coming more than 20 years ago – and she has now retired for the third time.

The colleagues and tennis experts always were astounded by the high class of Martina’s tennis. Her play was fair, smart, elegant and very effective under any circumstances. Now, the young generation of tennis stars should learn from her amazing experience and lovely combinations on the court, undoubtedly.