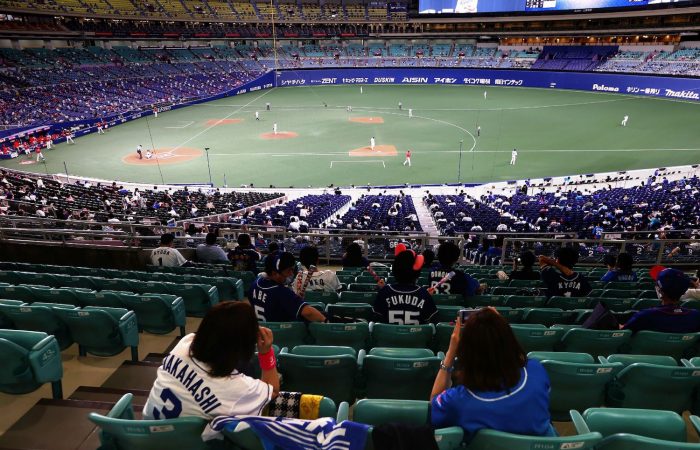 The Japanese fans returned to the stadium on Friday. The events with as many as 5,000 people are allowed, so five baseballs games went ahead in five different cities across the country, taking in masked spectators for the first time this season.

Despite the recent flare-up in Tokyo, Japan proceeded to reopen the social activities with as many 5,000 spectators. In the Nagoya Dome, infielder Dayan Viciedo walked to the plate and slugged a «sayonara» home run after a relatively tight 10 innings of play, leading the Chunichi Dragons to a dramatic 3-2 win over the Hiroshima Carp.

The home crowd of 4,958 erupted, jumping up and down, clapping and yelling — precisely the full-throated show of enthusiasm that Japan’s baseball league officials had spent months devising ways to prevent. In other words, it was clear that the balancing act of minimising infection risks while maximising excitement was near impossible.

While Japan is managing to keep COVID cases low without resorting to the heaviest restrictions, fans have an opportunity to watch their lovely games. To keep the situation under control, Abe’s government is taking a more cautious approach to opening up its economy than Japan and has delayed giving baseball the go-ahead to open the gates to fans.

While the theme parks ask their visitor not to scream while riding the roller coasters, baseball fans were asked no yelling. But, in reality, the new rules that proved hard to adhere to: no loud yelling, no high-fives, no towel twirling and no shouting through hands cupped like a «megaphone.»

Beyond the risk of gathering thousands of people together in crowds, research shows that yelling and singing are particularly dangerous because of the tiny respiratory particles emitted.

IOC, Japan agree to press ahead with Olympics despite pandemic