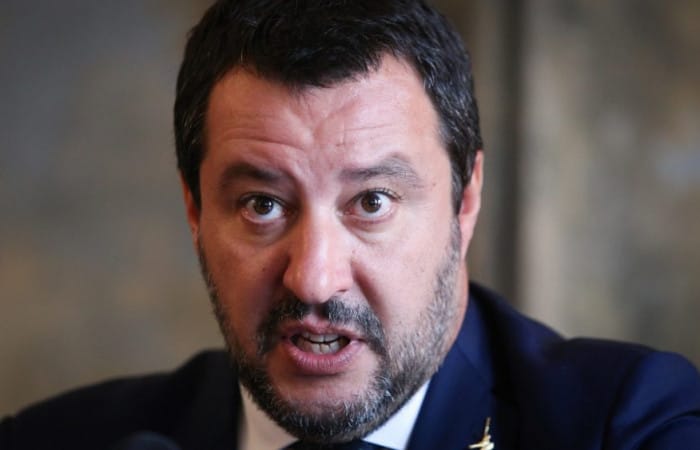 Italy’s deputy prime minister Matteo Salvini defends the most human budget in the country’s history. Salvini is prepared to confront EU leaders after the European Commission rejected draft 2019 budget for a second time while calling on them to “respect the Italian people”.

Italy is facing sanctions after the commission said in a report that the government of the far-right League and anti-establishment 5-Star Movement had seriously violated fiscal rules. Unless a compromise is reached, Italy could face an initial fine of 0.2% of GDP, which would add a further €8bn to its financial woes. The penalty could rise to 0.7% if it still refuses to comply.

Giuseppe Conte’s government is convinced that the budget would help the Italian economy grow by 1.5% over the next year. However, the economy stagnated in the third quarter. This week, Italy’s national statistics agency, Istat, revised down its growth forecast for the year to 1.1%; in May it predicted 1.4% for 2018.

Meanwhile, Matteo Salvini responded sarcastically to news of the commission’s report. “A letter from the EU? I’m also waiting for one from Father Christmas,” he told reporters.

Referring to the commission president and economics commissioner, Salvini said he was ready to confront Juncker, Moscovici or whoever over a budget he said responded to the needs of Italians. ‘The most human budget’ in Italy’s history is, definitely, important for League, that’s why it is widely suspected that Salvini is exploiting the standoff to whip up anti-EU anger before May’s European parliamentary elections.