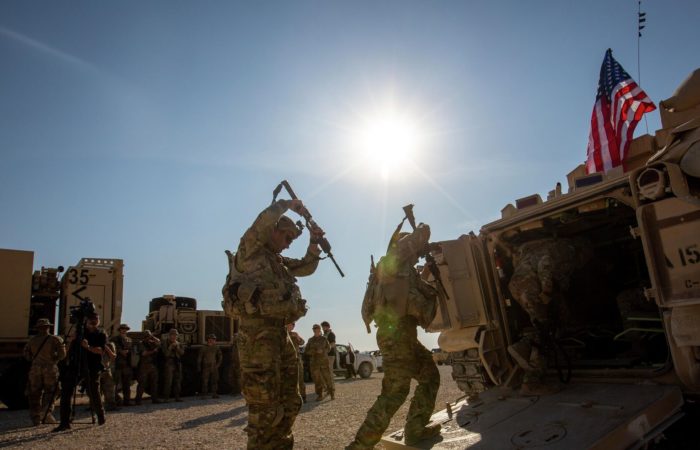 The Syrian military at a checkpoint in the province of Al-Hasek did not let the American military convoy through.

In the village of Kubur al-Gharajna in the sub-district of Tell Tamr, an incident occurred at a checkpoint. The Syrian military forced the American convoy of eight vehicles to leave the area.The US military illegally controls territories in the north and northeast of Syria in the provinces of Deir ez-Zor, Al-Hasek and Raqqa, where the largest oil and gas fields in Syria are located.

Official Damascus has repeatedly called the presence of the US military on its territory occupation and state piracy with the aim of outright theft of oil.