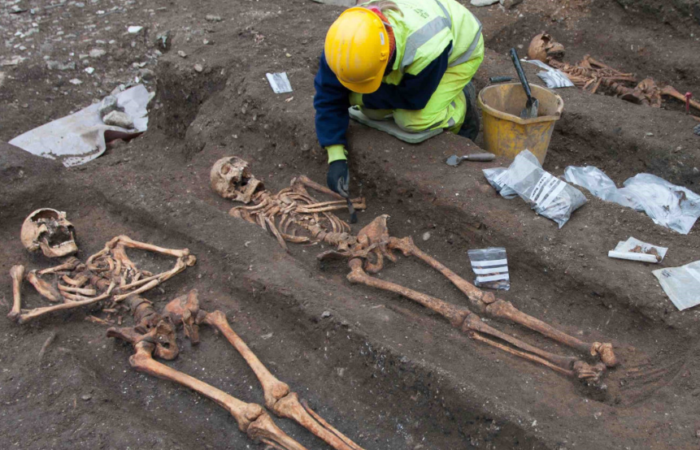 British scientists from the University of Cambridge found that the risk of infection with parasites in medieval monasteries was twice as high as in cities. The hygiene system in the monasteries was better developed, so archaeologists attribute this spread of parasites to the use of human feces as fertilizer. The study was published in the International Journal of Paleopathology.

In medieval Cambridge there were many monasteries and convents belonging to various major orders. One of them was the Augustinian monastery, which existed from the 1280s. to 1538. In addition to the religious function, the monastery also played the role of an educational and cultural center.

⠀
British scientists compared how widespread parasite infestation was among medieval townspeople and monks. They took soil samples under the pelvic bones of the remains of adults from the lands of the Augustinian Monastery and from the Cemetery of All Saints. In total, scientists received information about 19 monks and 25 city dwellers. It turned out that 58% of the monks and 32% of the townspeople were infected with parasites, most often they were roundworms or whipworms. These are the minimum values, since the level of prevalence of parasites was estimated by the scientists by the presence of traces of eggs of parasites. However, many of them apparently did not survive, as they were destroyed over time by the action of fungi and insects. The data on the incidence of parasites in urban residents obtained in this work are consistent with other studies that have considered other European cities. This indicates that the monks’ incidence of parasites was abnormally high.

⠀
The spread of parasites is usually associated with non-compliance with sanitary measures. In medieval cities, cesspools were used, where waste was dumped. However, the monasteries had more advanced sewage systems, so it was generally accepted that hygiene was better observed in them. The researchers hypothesized that the spread of parasites in the monasteries was due to the fact that the monks used human feces as fertilizer. Because of this, a secondary infection occurred.

⠀
The researchers also drew attention to medieval manuscripts, which described information about parasites known at that time. So, in the manuscript of John Stockton, a medical practitioner who lived in Cambridge in 1361, there is a chapter “De Lumbricis” – “On worms.” It says that worms in the intestines appear due to an excess of phlegm, and to treat this disease, you need to use bitter medicinal herbs such as aloe or wormwood. To hide their taste, the physician recommended the use of honey and other sweets.