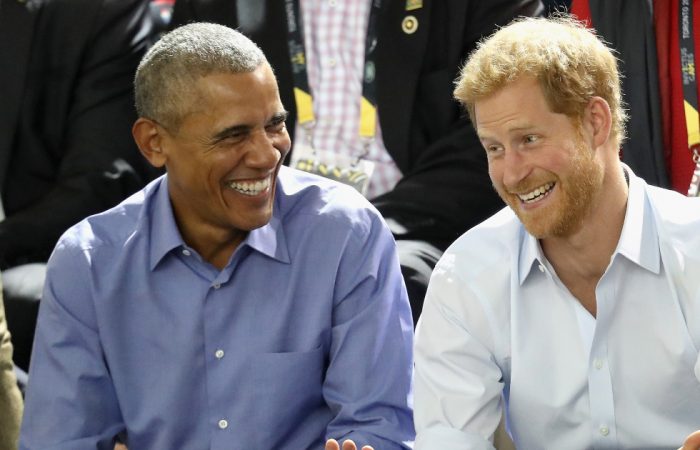 Prince Harry and his wife were snubbed by the Obamas because the ex-first couple of the United States prefers to ‘go towards William’ amid the recent brother’s rift.

The Duke and Duchess of Sussex were not included at Barack Obama’s glitzy 60th birthday party’s list. Last weekend showed that their friendship with the presidential couple has cooled substantially.

Apparently, the Obamas are being cautious about appearing friendly with Harry and Meghan out of respect for the Queen. Another reason could be concerns about the public image of Barak and Michelle, suggest Angela Levin, the royal biographer.

Following the pompous 2011 wedding, Obamas and Sussexes have met on several occasions. For instance, that famously introducing to Prince George who was wearing his pyjamas and dressing gown during a meeting with Mr Obama at Kensington Palace in 2016.

In light of recent developments, if Harry can only deal with one brother and his wife — Obamas cannot have both because they are so far apart now. Thus, Barak and Michelle will go towards William.

Obamas, Sussexes may stay around, but they won’t be as pally as they once were

In fact, the Obamas clearly always regarded Harry highly, but they can see through Meghan. In other words, both couples may stay around, but they won’t be as pally as they once were.

For Prince Harry, the situation is not good because his relationship with the Obamas have started way before he wed Meghan. Queen’s grandson visited the White House in both 2013 and 2015 when Obama was President. In 2016, he joined Kate and William as they welcomed the Obamas to Kensington Palace for dinner during a visit to the UK.

Of course, Meghan is said to have had several private meetings with Michelle. The former actress described the former FLOTUS as an “endearingly frank, down-to-earth” person.

After Sussexes decided to step down last February, Obamas took the side of Prince William, the future king. The Obamas’ openly critical reaction Sussexes’ Oprah interview in March becomes a proof.