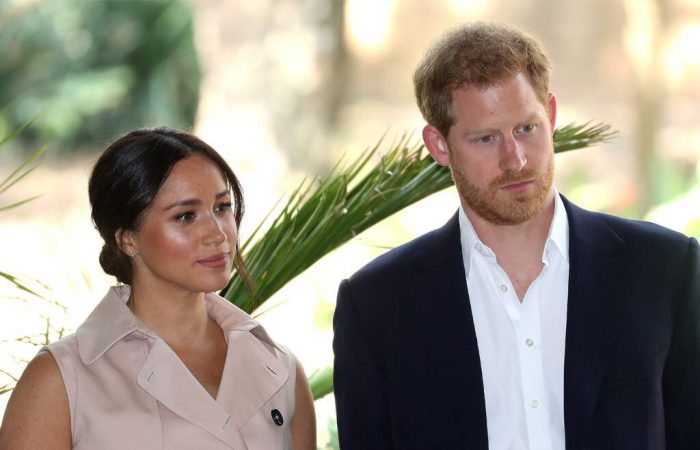 Meghan Markle and Prince Harry know that next month their new biography book Finding Freedom will be released. The book tells many bitter moments from Sussexes life in Palace. For instance, how they both felt upset before stepping down.

Meghan Markle and his husband are said to have felt “cut adrift” and “frustrated” by their roles within the British royal family. As their recently-published biography’s excerpts have claimed, Harry felt “frustrated” that he and his wife took a “back seat” to other members of the royal family despite their popularity.

Extracts from the book, which was not contributed to by Meghan or Harry, were shared with The Times and The Sunday Times ahead of its August release.

One of the juiciest moments of the bio claims the couple “made the monarchy more relatable” but the establishment feared the couple’s popularity could “eclipse” the centuries-old royal family.

Now, when the young couple have realized the scale of all they lost, it’s quite understood Harry and Meghan feel weird. They were upset as they were told to wait to announce projects as senior royals like Prince Charles and Prince William’s appearances and announcements were prioritised.

According to an insider, the couple is said to have described the old guard as “the vipers” while a Palace insider called the Duke and Duchess of Sussex’s team “the squeaky third wheel” of the BRF.

In general, a bio promises to be extremely scandalous because Harry and Meghan reveal only bitter moments whilst they were royals. The couple reportedly tried to “air their frustrations” with the establishment, but the conversations “didn’t lead anywhere”.

It has also been claimed in the Finding Freedom how Prince Harry and Meghan were left angry over being barred from setting up their own office at Windsor. They claimed they were victims of a “merciless machine” of aides and courtiers who were steeped in tradition.

As Lady Colin Campbell commented on Sussexes’ decision to split from the British royal family, Harry isn’t too intelligent to realize what he has done, in fact.

«Well it’s a terribly, terribly sad situation. In my opinion, Harry is a much less intelligent character than she is and I think he’s so desperate to please her and go along with whatever she says, no matter how ill-conceived it is. He is that besotted with her,» she said.

The book is said to also describe how Meghan and Harry grew frustrated when the Queen and Prince Charles stood up against their requests for change.

It has also been reported the former senior royals considered driving straight to see the Queen after returning from Canada in January because they struggled to secure an appointment with Her Majesty.

‘Finding Freedom’ is also understood to claim the relations worsened after Prince and former actress revealed their plans to step down from their roles as senior royals.

A spokesman for Duke and Duchess of Sussex said the couple did not contribute to the book, but he did not deny the content of The Times‘ extracts.