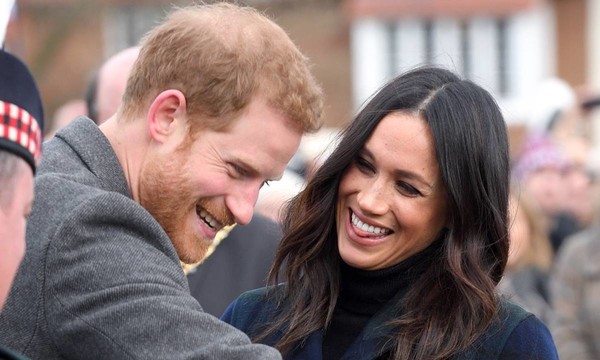 Meghan Markle has flown back to Canada to be with their son Archie after the big announcement she and Prince Harry made yesterday. The young couple provoked a crisis inside the Buckingham Palace, Reuters reports.

For Meghan Markle, it wasn’t taking too much time to make a crisis in Britain’s royal family. She arrived in London, made the important announcement and flown back to Canada to reunite with her son.

On Thursday, when Successex unexpectedly announced they would be stepping back from their roles to spend more time in North America, the monarch made an attempt to calm the young generation.

Queen Elizabeth tried to thrash out a plan for Harry and Meghan after the couple went public with their plans, however, the monarch has underestimated Meghan’s desire to be independent. She survived in Hollywood and even made both actor career and her own fortune under those extremely hard circumstances.

Both Meghan and Harry blindsided Queen Elizabeth and the other senior royals on Wednesday when they said they wanted a more independent life which they hoped to finance themselves — a move that one royal source said had hurt and disappointed the family.

It is still no clear how Harry, sixth in line to the throne, and his spouse will become what royal biographers said was effectively «half-royal» and who will pay for their transatlantic lifestyles.

Harry and Meghan said they hoped to finance the plan themselves, with one royal source saying the move had hurt and disappointed the family. Neither monarch nor her heir — Harry’s father and heir to the throne — had been consulted on the announcement, made on Instagram.

«We have chosen to make a transition this year in starting to carve out a progressive new role within this institution,» the statement read.

«We intend to step back as ‘senior’ members of the Royal Family, and work to become financially independent.»

Being explained a surprising decision to split out from the royal family, the Duke and Duchess of Sussex said they need to allow them and their baby son the space they needed.

Meanwhile, Princes Charles and William had told senior officials to work with governments to help the couple come up with «workable solutions» preferably within days. No official statement from the Palace followed so far.

After all, royal experts drew parallels with the abdication of King Edward VIII, who gave up the throne in 1936 to marry an American divorcee Wallis Simpson and lived out his life in France.