Meghan Markle, Prince Harry’s daughter would not be bestowed with the title 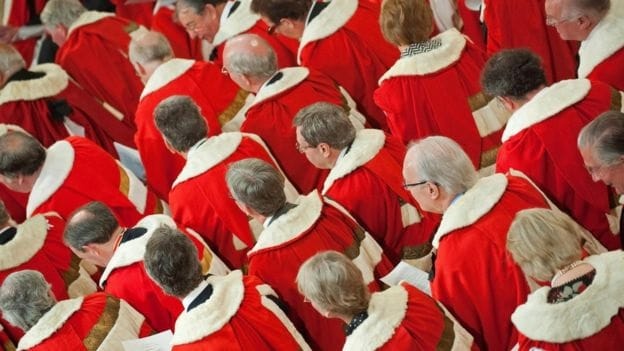 The United Kingdom’s law should be changed, a traditional antiquated law that states that only sons can inherit hereditary peerages is being challenged in the European Court of Human Rights (ECHR), The Times reported. Thus, daughter of Meghan Markle and Prince Harry would not be bestowed with the title.

The change of the old law could have significant implications for the future children of the Queen’s grandkids, i.e., Duke and Duchess of Sussex, should they have any daughters. According to so-called Downton Abbey law, only a son can inherit a dukedom, meaning that if Prince Harry and Meghan had a daughter, she would not be bestowed with the title.

However, a case being put forward to the ECHR is arguing that this ruling should be changed.

“Under the current system, any child of the Duke and Duchess won’t automatically have a royal title,”

royal commentator Richard Fitzwilliams explained and added that the peerage favours males and if they have only daughters, the title of Sussex could die out as it did before. And the peerage doesn’t equal to the succession to the crown.

For ECHR, it is really a challenge, the modern judicial system should focus predominantly on the case of five women, all of whom are daughters of peers and yet don’t have the right to sit in the House of Lords. These five women challenged the law that bars them from standing for election to the House of Lords, saying the old system of primogeniture is outdated and denies them their human rights. It is really strange when title can be passed to a distant relative family had never met, instead of one of the daughters.

After the House of Lords Act was passed in 1999 peers elected 90 hereditary peers to sit in the reformed house and by-elections are called when one of them dies.