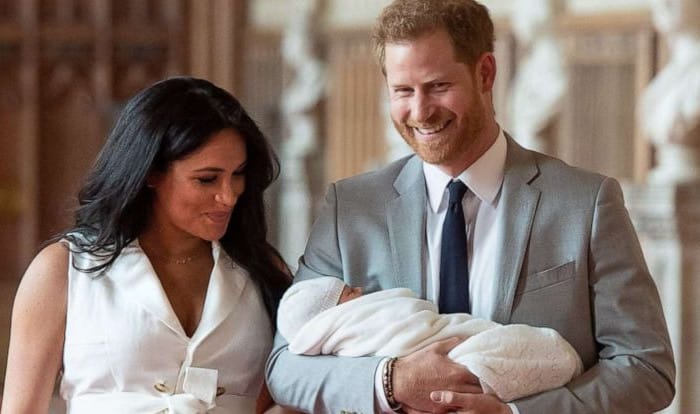 Meghan Markle and Prince Harry decided not to host a photo-call hours after their son’s birth. As Ozy understood, another tradition has been broken by Duchess Meghan but this time it was crucial because it is about the privacy of a child. It is quite possible that Sussexes will prohibit Archie’s photo is in the news for the next 18 years.

Meghan and Harry are modern parents who know very well the price of normal private life especially when it is about a kid. Prior to giving birth to Archie, Duke and Duchess of Sussex have announced their decision to abstain from photo-call, sending the British media into a tizzy. While The Sun insists taxpayers have a “royal right” to see Archie’s photos, Sussexes lve their own life.

No need to explain why they desire to give their kid a “normal” life and let Archie make his own decisions about sharing his image with the world. But could a British royal baby ever receive the same consideration? It would be unprecedented but for Meghan Markle, it is just another decision. meanwhile, the discussion is getting hot.

“Obviously, the Sussexes have private wealth, but at the end of the day, they are living a taxpayer-funded lifestyle,” Kristin Contino, senior reporter for Royal Central says.

Tim Walker of The New European says banning roual kid’s photo until he is 18 is ultimately an impractical idea. “The royal family can’t live with media attention, but they can’t live without it either.”

Since 2017, Meghan has already broken many royal rules. The woman used to be herself, so, she does what she wants. Ms Markle is not only the first person of mixed race to marry into the royal family, but she has also chosen to actively break with tradition in other ways. Meghan and Harry decided to get married in May, which the royal family considers an unlucky month. After the giving birth, Sussexes chose not to release official merchandise in honor of their son.

But the most unusual for the british royal family is Harry and Meghan decided not to give Archie an official royal title, even though he was entitled to be the Earl of Dumbarton. Probably, that decision was the Rubicon, after which everyone realized the couple is intending to maintain their right to personal choice and freedom. Meghan helped Harry to understood that the strict nature of their lives could be changed.

Pretty logically that not letting their Archie be photographed should come from a place of intense parental protection.