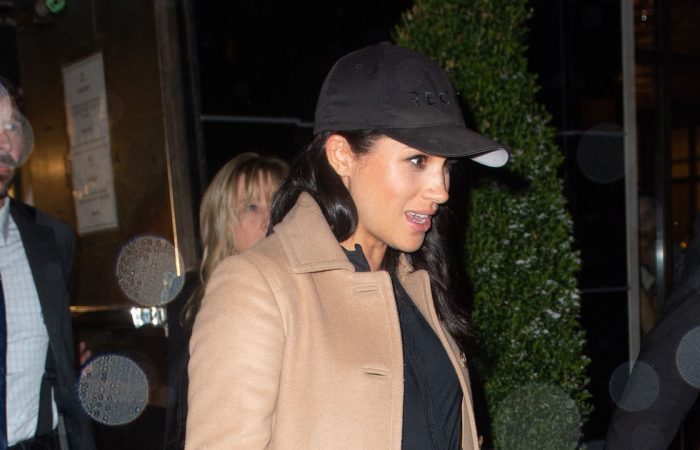 Meghan Markle decided to take part in Good Morning America on Monday. For the Duchess, that will be her first TV appearance since stepping down as a senior working member of the UK royal family.

Despite Meghan Markle and her family left London for Los Angeles, the former actress has no intention to live in the shadow. The relocating back to Los Angeles with husband Prince Harry and baby son Archie means for Meghan a lot.

On Monday, the Duchess decided to appear on Good Morning America to discuss the Disney documentary, Elephant, which she provided voiceover work for.

In a clip shared on Instagram, a preview of the segment gives fans a glimpse at the upcoming interview. «On GMA Monday, Meghan Markle with an exclusive first look at the Disney documentary Elephant,» a voice-over says over the clip.

While it remains unclear as to when the interview was actually recorded, the recorded chat will be rolling out on small screens on Monday.

For Meghan, it was the first voiceover deal in return for a donation to a wildlife charity, Elephants Without Borders. Her husband, Prince Harry, used to be a patron for several humanitarian organizations protecting the wildlife. A trailer for Elephant revealed that it «follows one family’s extraordinary 1,000-mile journey across Africa on an adventure that will change their lives.» The film is available for streaming on Disney+ now, and you’ll be able to get seven days of the streaming service free when you sign up.

The brief preview does not reveal additional details as to whether or not Ms Markle spoke of her recent exit or her new life in Los Angeles, California. This week, pro-active Meghan also jumped on a Zoom call from LA with the women from the Hubb Community Kitchen, to throw her support behind a new campaign they’ve launched to feed Londoners during the COVID-19 lockdown.