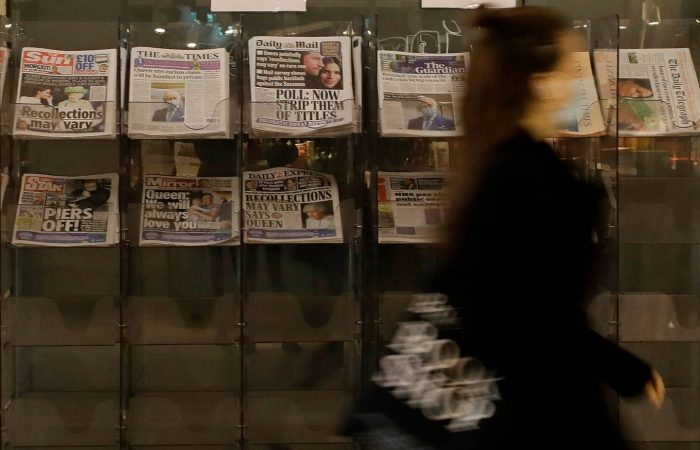 Prince Harry and Meghan’s interview made the headlines across the globe. The issue of racism reverberated internationally, Guardian reports.

This week, Meghan Markle has revealed that living in the royal family drove her to thoughts of suicide. Another dar secret of Windsor is racism, said the former actress. But for many Black women worldwide, the headlines and social media discussions were painfully familiar.

“White supremacy seeks to isolate you, make you feel like no one is listening and no one is supporting you. It uses that as a tool to keep in power,” said Gaye Theresa Johnson, associate professor in the Department of African American Studies at UCLA.

According to Meghan who is biracial, when she was pregnant with her first child, a member of the royal family expressed “concerns … about how dark his skin might be.”

Describing those unbearable conditions of her living in Buckingham Palace, Markle also said she sought mental health help through the palace’s HR dept but was told there was nothing it could do.

Following the interview, the British television host Piers Morgan quit his job on Good Morning Britain after facing backlash for saying on air that Meghan lied about suffering suicidal thoughts in what he called a “two-hour trash-a-thon of our royal family.”

The next day after the interview, Buckingham Palace released a statement saying the “whole family is saddened to learn the full extent of how challenging the last few years have been for Harry and Meghan” but that “some recollections may vary.”