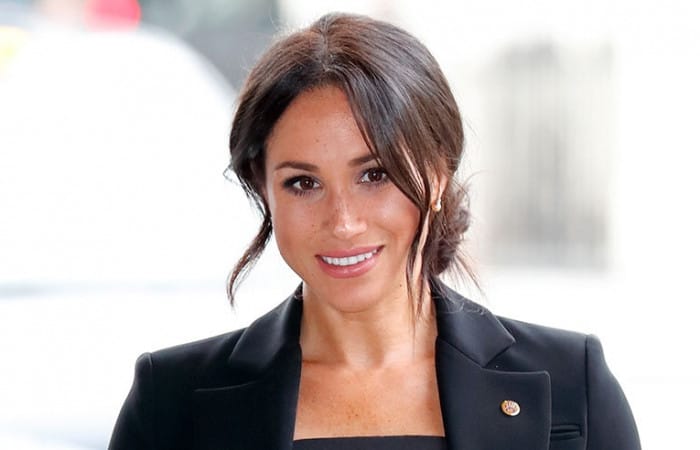 The social media becomes a place for revealing all and every detail of life of Duchess Meghan and her Markle family. The half-sister Samantha insists Meghan should stop to be so arrogant and to give, at lat, some respect to their father Thomas:

“I am not candy coating anything anymore! The DUCHASS should be humane to our father who has given her everything,.. and this media crap can stop! He was the one who was always there for her. Fake waves and smiles can stop. The duchASS can bow to the daddy,”

Samantha wrote on Twitter hooping for some reaction from Kensington Palace. However, no matter what Markles do, the palace has kept their silence. The Duke and Duchess of Sussex have not addressed the issue either, and such an ignorance is making Samantha wild. In particular, she wrote:

“Sorry folks there is no valid or a good argument in favor of inhumane treatment of both sides of the family and a best friend of 30 years. Snobbery and arrogance are not humanitarian traits. She has an obligation especially to treat our father with kindness,”

Meghan’s half-sister added in another post while sharing Piers Morgan slamming Markle for disowning her dad.

Samantha has been persistenly provoking her famous sister over the years, she is attacking Markle lately for not contacting their dad following Thomas Markle Sr’s paid interviews. Many followers are defending Meghan and her right to live as she – not Samantha – wants.

“Leave her alone, she is grown she doesn’t ‘have’ to do anything!” one user commented while another wished Samantha “peace” so she can let go of the issue and move on. However, Markle’s half-sister was irked and lashed back at the user. The discussion was getting hotter when Samantha recalled how responsible and generous Thomas was as  father.

“I know you probably call your father collateral damage too. Did he do everything for you pay $250,000 for your college and spoil you always as well as spend his time building your drama class stages, always being there more than your mom? I bet you would dump your dad too,”

“It was your Dad’s responsibility to take care of Meghan including educating her. As a parent you do that expecting no pay. It is a responsibility not a favor,”

The pro-active Samantha adores to be at the centre of attention, she has also attacked Prince Harry in the past. Samantha even called the royal coward while insisting that Princess Diana would be ashamed of him. “Harry is a ‘wuss’ to allow the Duchess of Nonsense to mistreat everyone who has been close to her, especially her family. Diana would be ashamed. Stop wearing Meg’s skivvies and bra and take your pants off of her!” Samantha wrote on Twitter.