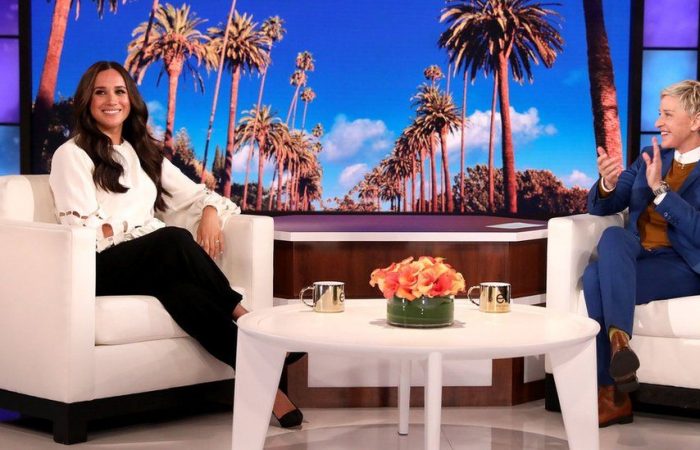 Meghan Markle is reportedly considering becoming a talk show host to revive her popularity. Prince Harry’s wife demonstrates the great enthusiasm in her efforts to restart the entertaining career despite such a decision to create problems for the British royal family.

Duchess Meghan is dreaming of becoming the next Ellen DeGeneres or Oprah Winfrey, the legendary American TV hostesses. Meghan Markle is reportedly to forge a career as a talk show host. As the insider said, after her recent talk with DeGeneres, Prince Harry’s wife came home excited about what a dream job it would be for her.

Duchess of Sussex believe she is ready to interview celebs while having plenty of fun and also addressing the topics she cares about is really starting to appeal. Moreover, the job could boost her popularity.

Ms Markle has recently appeared on Ellen DeGeneres show and shaded lights on her and Prince Harry’s relationship with other royals. Meantime, the Queen is yet to meet her great-granddaughter Lilibet, with Meghan having not travelled to the UK since 2020.