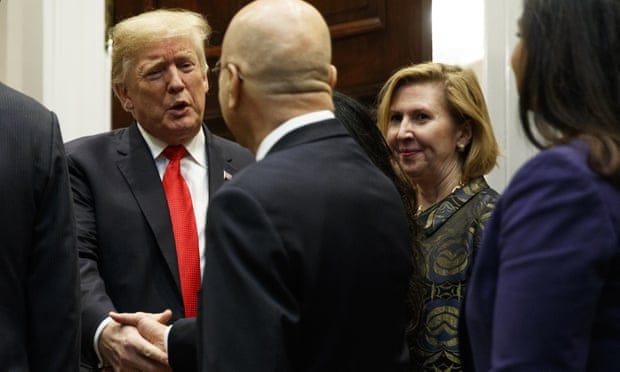 Melania Trump who used to keep the low profile has marked a rare intervention on personnel matters on Tuesday. The first lady feuded with Mira Ricardel, the deputy national security adviser, during her tour of Africa in October. The first lady’s spokeswoman said that it is the position of the Office of the First Lady that she no longer deserves the honour of serving in this White House.

The West Wing is known as the place where political intrigues and the unbelievable rotations never stop. According to US media reports, Melania Trump and Mrs Ricardel fell out during the first lady’s trip to Africa last month and quarrelled over seating arrangements on her plane.  However, the White House and the National Security Council has yet to comment.

Ms Ricardel’s possible exit comes as the presidential administration is bracing for a potentially major shake-up following last week’s midterm elections, which began with the firing of the attorney general, Jeff Sessions.

Meanwhile, after the mid-term elections, the Office is going to face many changes. The biggest face-off appears to be between two key power centres, Chief of Staff John Kelly and National Security Advisor John Bolton. Everything else, including the situation with Mrs Trump, is cascading from that.