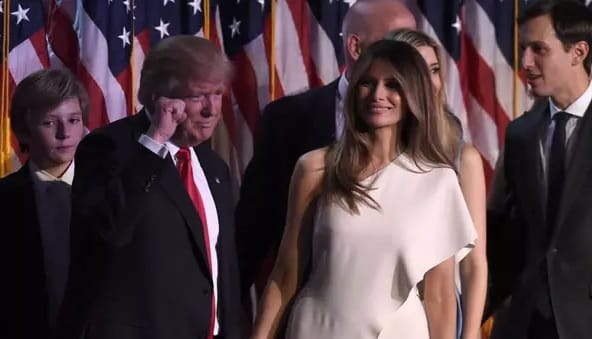 Melania Trump is doing well and is going to meet Queen Elizabeth II when the first lady accompanies President Trump to the UK for an official working visit next month, Daily Mail reported.

Mrs Trump skipped a couple of important meetings last weeks, among them was the G7 summit in Canada. In July, a presidential couple is believed to be paying the working visit to the United Kingdom. Windsor Castle will be the official venue for welcoming Donald and Melania Trump.

It is thought to be her first trip abroad since FLOTUS underwent a kidney operation and has been noticeably absent as she carries out presidential duties. In June, Melania did not go to Singapore for his historic meeting with North Korea leader Kim Jong-un or to Canada for the G7 summit.

As The Sun understood, Trumps will be staying at the US Ambassador’s residence of Winfield House at Regent’s Park in the capital, the presidential couple will be honoured by the Coldstream Guards, Britain’s oldest regiment, on their visit.

Donald Trump and his visits to the UK

Earlier, Donald Trump’s visits to England have been cancelled following fears of mass protests, but this occasion appears to be going ahead. His upcoming working trip, understood to take place on July 13, will be Donald Trump’s first visit to England, despite him having been in power since late 2016.

It will be Mrs Trump’s first official trip as First Lady since she disappeared before the kidney op, with her lengthy absence stoking theories she had split with her husband.

The President, reading from a note card, introduced ‘our great First Lady’ at the briefing and said: ‘She went through a little rough patch but she’s doing great.’ Donald Trump, one of the biggest investors in the UK, has not visited England since he took Oval Office in November 2016 and he pushed back a potential visit to London to open the US Embassy in January.