Melania Trump and Ivanka Kushner both accompany their husbands on the official trip to Saudi Arabia. Trump-Kushner ladies opted not to wear headscarves despite the local tradition.

Melania Trump and Ivanka Kushner decided not to cover their heads with the scarves during a tour of Saudi Arabia. The first lady of the United States (FLOTUS) even opted a jumpsuit, long, black, and extremely stylish. It is worth to note that in 2015, Donald Trump slammed ex-FLOTUS Michelle for failing to cover her head but he didn’t mind if the same are doing his wife and daughter – double standards in action.

Saturday marks the first day President Trump has visited another country since he took office in the White House, for Melania, it is also the first overseas official trip. The ex-model wore an elegant all-black jumpsuit by Stella McCartney when she and her husband landed in Saudi Arabia. FLOTUS’ attire was conservative, local press highly appreciated it. 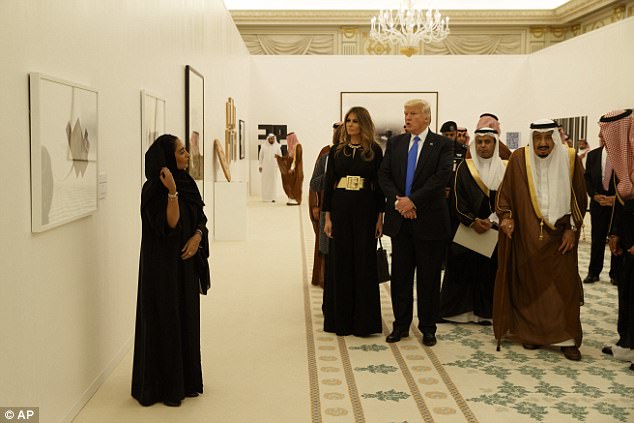 Melania Trump is 47, she looks extremely good in a $1,495 black Stella McCartney jumpsuit, the wife of President wore black patent stilettos, she finished the look with the wide gold belt. But she was missing a head scarf in a religious country that imposes some of the world’s harshest restrictions on women.

The headscarf, which is obligatory in the Muslim countries, Melania decide not to wear. Ivanka did the same.

The President’s advisor Ivanka opted a $1,490 long-sleeved printed Cédric Charlier maxi dress that showed her ankles and her tan pumps as she held hands with her husband Jared Kushner. 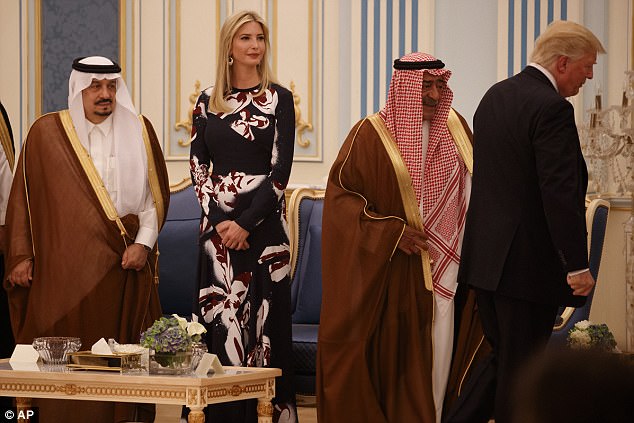