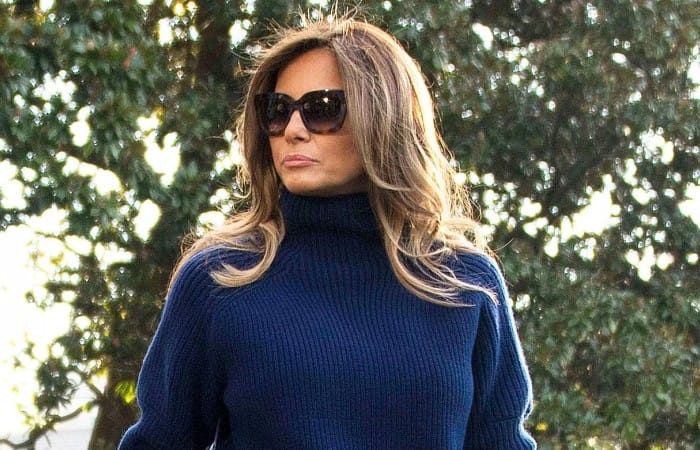 The first lady Melania Trump is set to accept the official White House Christmas tree on Monday. Winter season is starting, it is a right time to make all needed preparations.

The White House’s hostess traditionally receives the Christmas tree on the Friday after Thanksgiving, but this year, everything happens a bit earlier. On Monday, Melania Trump receives the Christmas tree because the first family has a plan to spend the Thanksgiving holiday, which this year falls on November 23, at their home in Palm Beach, Florida.

According to The Christmas Tree Association, the Chapmans also presented trees to the White House in 1998 and 2003, their trees are really great and deserved to be present at the President’s residence. Despite the well-decorated Blue Room, the ex-presidents spent the Thanksgiving holiday in the different corner of the country and planet.

The former presidents have not always spent Thanksgiving at 1600 Pennsylvania Avenue, with George W. Bush visiting the troops in Baghdad, Iraq, on Thanksgiving in 2003, and other presidents including Barack Obama and Bill Clinton making visits to homeless shelters as part of their Thanksgiving traditions.

Last year, the Obamas spent their final Thanksgiving at the White House, with Barack Obama urging people to come together during the holiday season following what he described as a “sometimes divisive” presidential election campaign season.

“Thanksgiving reminds us that no matter our differences, we’re still one people, part of something bigger than ourselves,”

he said in a speech on Thanksgiving 2016.