Merkel calls for a cease-fire in Libya 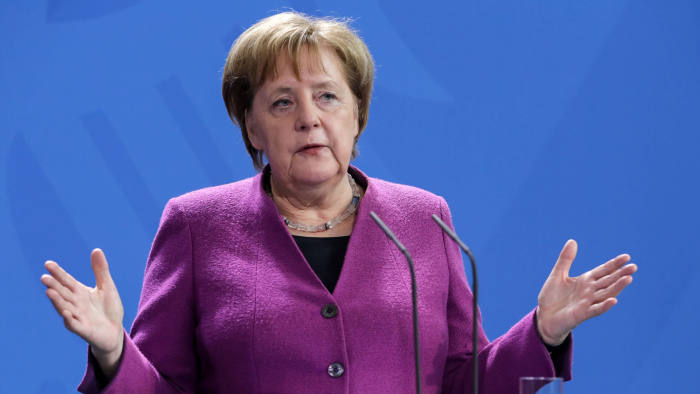 Over one year, the EU and the UN do their best for finding a settlement in the war-torn country, YeniSafak reported. According to Merkel, a cease-fire in Libya could be the logical step for further political dialogue.

On Wednesday, the German Chancellor delivered a speech on foreign policy at Konrad Adenauer Foundation. Talking to the audience, she underlined that Africa and developments in Libya would remain important topics for Berlin, during its six-month EU presidency starting July.

“Developments in Libya in recent weeks have shown that there is a chance for stability in the country only if the parties obey the cease-fire plan brokered by the UN and return to the negotiating table,” she stressed.

In her efforts to find a solution for war-torn Libya, Merkel hosted in January an international peace conference in Berlin to support the UN’s efforts for a cease-fire in the North African country.

Since January, there were no progress amid continued military attacks of strongman Khalifa Haftar, who relies on support from Russia, the UAE, Egypt and France.

Libya’s internationally recognized government, also known as the Government of National Accord, has been under attack by Haftar’s forces since April 2019, with more than 1,000 killed in the violence.

Among the latest developments in Libya is recaptured the strategic Al-Watiya airbase in western Libya from Haftar’s militias on May 18. Over a week, the GNA forces continue to clear the country of the rebels.

In addition, the Libyan army announced early Thursday that it had destroyed 10 armoured vehicles belonging to General Haftar’s militias in the south.