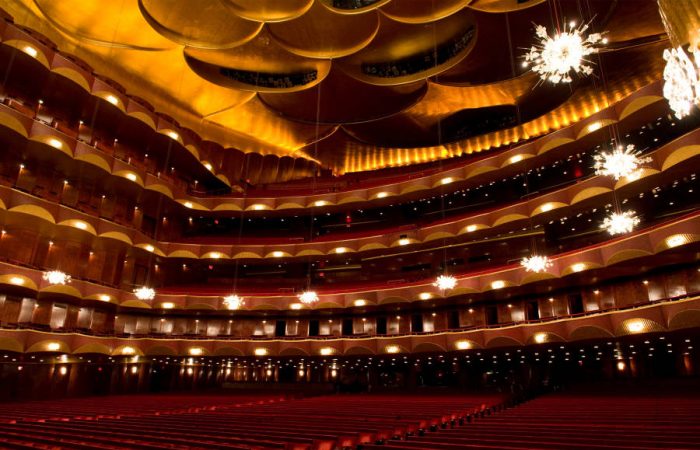 The Metropolitan Opera in New York City announced the end of its entire season on Thursday. The COVID-19 has forced the layoffs of hundreds of musicians, choristers, stagehands and other staff, WSWS reported.

Coronavirus hit hard the Metropolitan Opera, the NY musical hub faces $60 million loss following the unexpected closure amid COVID-19 outbreak. In fact, the opera season had been scheduled to conclude on May 9, however, the force majeure took place.

The pandemic has naked another problem, it highlights the ongoing crisis of cultural institutions such as the Met, which increasingly rely on the largesse of ultra-rich patrons.

Last week, the cultural institution had announced the cancellation of performances through the end of March. The Met Opera bosses have made that hard decision before the scope of the novel pathogen forced more drastic measures.

The closing of the Met deteriorates the unemployment situation, fired staff joined tens of millions of others in an unprecedented surge of jobless claims. The largest performing arts institution in the US, with an annual budget of approximately $310 million, Opera is forecasting losses of up to $60 million.

“As devastating as it is to have to close the Met, this was the rare instance where the show simply couldn’t go on,” said Met general manager Peter Gelb.

For Met Opera, the most alarming moment in that situation is non-full-time performers who just lost their job. Hundreds of dancers, soloists and choristers are normally paid only on a per-performance basis, so they will have no income or benefits for the duration of the crisis. Denying workers those benefits in the midst of the greatest public health crisis in more than a century would have immediately sparked wide outrage and been a public relations disaster for the Met.

Coronavirus raises many social problems not only in Met Opera

The closing of the Met and other cultural institutions in the current health crisis is of course not only warranted but undoubtedly overdue. This does not mean that the staff should suffer in the form of lost pay or benefits. Just as in the rest of economic and cultural life, emergency action to contain the spread of the coronavirus must be combined with full compensation for those who lose their jobs through no fault of their own.

Taking into account that ultra-wealthy Met’s patrons also were hit hard by the coronavirus’ consequences, the situation looks hopeless. In other words, sphere of cultural life in the US is unable to support themselves and their families at this time.