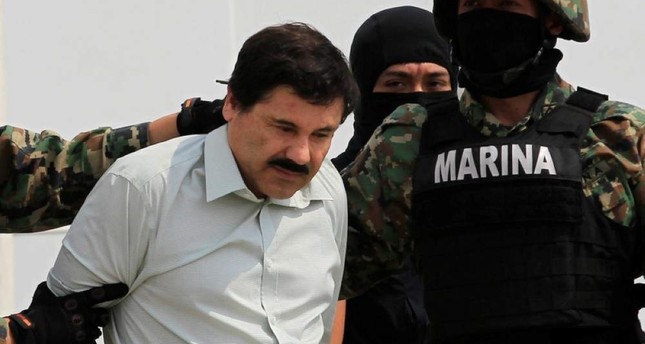 The Mexican government has announced the next auction of properties seized from drug lords and organized crime, New York Post reported. The auction will take place on Sunday at Los Pinos Cultural Center.

Nine properties seized from the Mexican odious drug lord Joaquin ‘El Chapo’ Guzman will be up for auction scheduled for Sunday. On November, 9, people will be able to buy any of seven Guzman’s lots located in Sinaloa. The cheapest house cost about 105,000 pesos (5,800 dollars), and the most expensive close to 11 million pesos (610,000 dollars), according to the official site of the Mexican Institute to Return the Stolen to the People (IRSP).

The Insitute is responsible for the organization of similar auctions where criminals’ properties are up for auction. On Sunday, among the offers are two vessels that meet international maritime navigation norms, stated Ricardo Rodriguez, IRSP head.

Mr Rodriguez explained that two cargo ships, one of them a medium-size vessel valued at about one million pesos (about 60,000 dollars) and another at 90,000 dollars, were used to supply fuels and goods to platforms and stationary ships.

El Chapo’s property is up for auction

The properties, located in Culiacan, Sinaloa, have an estimated value of 19,430,000 Mexican pesos ($1,155,000), according to the Administration of Property and Disposal Service (SAE), which is in charge of the sale.

The houses are connected by tunnels, including one infamous tunnel hidden under a bathtub through which Guzman escaped from police in February 2014. That home is the least prominent of the set, a single-story house worth $127,287.

The most expensive of the houses was bought by the drug lord for Griselda Lopez, the mother of his son Ovidio Guzman Lopez. The heir was arrested by Mexican police last month but then released hours later after intense retaliation by the cartel. The luxury three-story house includes a backyard pool, mansion’s worth close to 11,224,445 Mexican pesos ($587,000).