Migrant caravan is met with hostility, insults as it reaches Tijuana: ‘Out! Out!’ 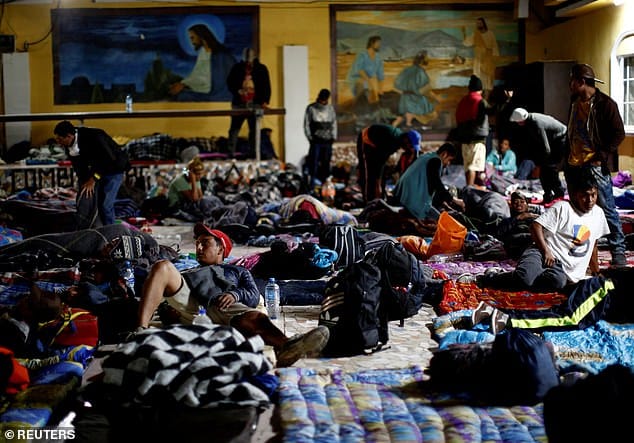 Tijuana residents haven’t welcomed the migrant caravan, hundreds of Americans are protesting against the wave of Central American migrants who have reached the first southern city of the USA, Tijuana. As Guardian understood, migrants are hoping for a new life in the US but none wants them here, the residents of a city were shouting to migrants “Out!’

The federal government estimates the number of migrants could soon swell to 10,000 in Tijuana, the tensions have built as nearly 3,000 migrants from a caravan that has been travelling through Central America poured into Tijuana in a weekend.

Hundreds of local residents were protesting against the unexpected guests in such horrifying number, they accused the migrants of being messy, ungrateful and a danger to Tijuana and complained about how the caravan forced its way into Mexico, calling it an ‘invasion’.

The lion share of that migrant mass who has reached Tijuana via caravan in recent days set out more than a month ago from Honduras, a country of nine million people. Dozens of migrants in the caravan who have been interviewed by Associated Press reporters have said they left their country after death threats. According to Alden Rivera, the Honduran ambassador in Mexico, 1,800 Hondurans had returned to their country since the caravan first set out on 13 October and that he hoped more would make that decision. “We want them to return to Honduras,” said Rivera.

The USA faced the migrant crisis due to the poorness of the Central American states like Venezuela, Honduras, Bolivia whose population are trying to just survive. However, even such a big, powerful country as the US isn’t able to welcome all the migrants of the South hemisphere.

Meanwhile, Tijuana authorities have started to take the measures for settling migrants- the officials have converted a municipal gymnasium and recreational complex into a shelter to keep migrants out of public spaces. The city’s privately run shelters have a maximum capacity of 700. The municipal complex can hold up to 3,000.