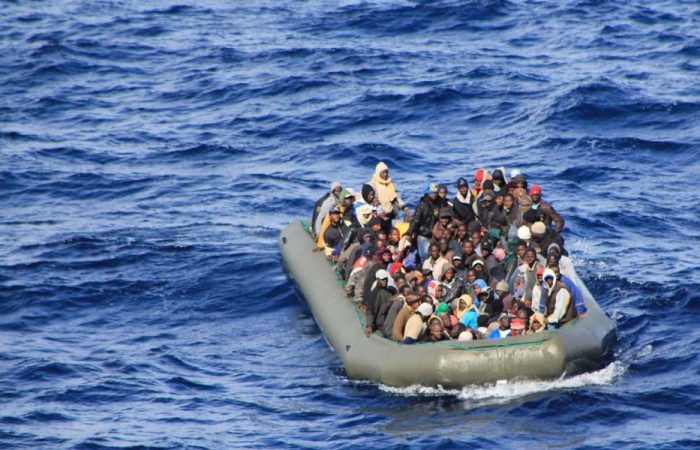 The boat with more than 300 migrants on the board has sunk off the coast of Khoms in western Libya, The Guardian reported. As a result of the sea incident, more than 100 people missing.

Migrants from North Africa and the Middle East are continuing to flee to Europe. despite the EU agreement on migrants, the measures taken by member states to reduce the number of refugees seeking asylum in Europe are a clear violation of the 1951 Convention relating to the Status of Refugees, said Nada Nabil, Euro-Med’s media officer.

On Thursday, refugees boat has sunk off the Libyan coast with at least a hundred missing, about 150 migrants are expected to have drowned in this incident, Euro-Med said and added that several women, men and children have survived and received medical and humanitarian assistance from the International Medical Corps (IMC).

Ms Nada Nabil, Euro-Med’s media officer, said that the continued drowning of migrants off the coast demonstrates a clear disregard for moral values and legal norms. EU states should be more attentive to their obligations under 1951 Convention on migrants, the activists say.

Matteo Salvini, Italy’s Interior Minister, is one of the EU leaders who always warns that Europe is not able to receive so many new citizens. in fact, there is not so much Italy or other EU member state could do for the refugees. Most of them need only a social package, and that burden bring the ordinary European taxpayers. Matteo says his country is at the forefront of the migrant and refugee influx in Europe.

In one of his official letters to his French counterpart Christophe Castaner, Italy’s Interior Minister warned of the effect of decisions «solely taken in Paris and Berlin».

Over the decades, Italy is one of the main EU landing points for migrants and refugees attempting to reach Europe by boat via the Mediterranean from Africa and the Middle East.

EU should remember the 1951 Convention on Refugees’ articles

The Euro-Med called on the EU to adopt a new policy that takes into account the humanitarian dimension in dealing with the issue of asylum and migration. The human rights organisation added that security concerns do not justify leaving thousands of migrants and refugees at risk of drowning in the Mediterranean.

European countries have adopted strict measures to prevent migrants from arriving at their with little regard for their lives or the circumstances that lead them to leave their home countries, Nabil said.

«The recent period witnessed a significant increase in the waves of migration from the Libyan and Tunisian coasts towards the Italian coasts, especially in the light of the escalation of internal fighting and the deterioration of humanitarian conditions in the Libyan coasts,» Nabil added.