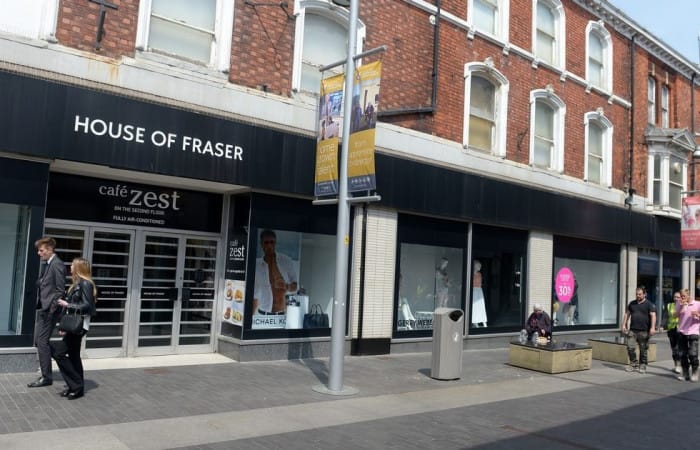 Mike Ashley announced he plans to keep 80 per cent of House of Fraser stores open for business, BBC reported on Tuesday. Retail tycoon bought the business out of administration last week for £90 million.

The figure brings some much-needed clarification to the number of store closures the beleaguered department store will face. Since last week when Mr Ashley declined to give specific store closure numbers, although he pledged to keep “as many stores open as possible” of the 59 stores in HoF’s property portfolio. At the same time, Philip Day, a rival retailer who had ambitions to buy House of Fraser, has called on Mr Ashley to pay suppliers “in full”.

House of Fraser has two main types of relationships with its suppliers: wholesalers, who get paid whether or not their stock is sold, or concession holders, who are paid after their items are sold. The administrators to House of Fraser said that Sports Direct was the only bidder for the chain on Friday.

Under current circumstances, to avoid doubt this was the only available offer to save the business and in comparison to the alternatives represented by far the best recovery for the creditors of House of Fraser. Meanwhile, Mr Ashley now has ambitious rejuvenation plans for the 169-year-old business, with aims to turn it into a “Harrods of the high street” by bringing in luxury and extremely perspective concessions like Italian brands Gucci and Prada.